Do you ever get the sense that people think you're crazy because you run/swim/bike/hike as much as you do? It's the non-runners I'm talking about here. They just don't get it, do they? But when you rub shoulders with people who love the outdoors as much as you do, all that changes.

Today when I got to the High Bridge Trail in Farmville, a guy named Kevin asked if he could ride with me. 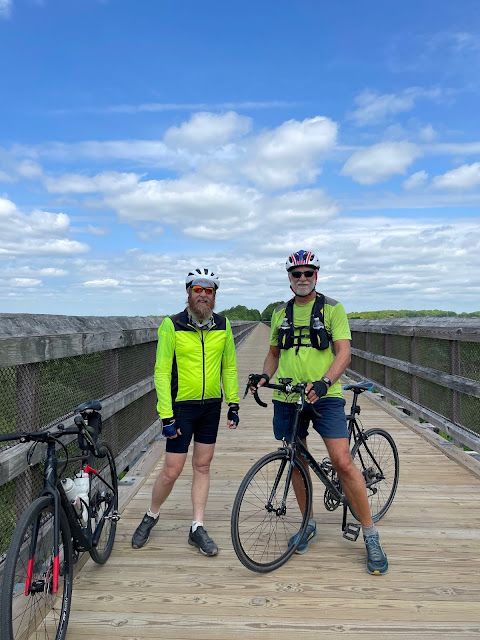 Later we were joined by these two ladies from Richmond. 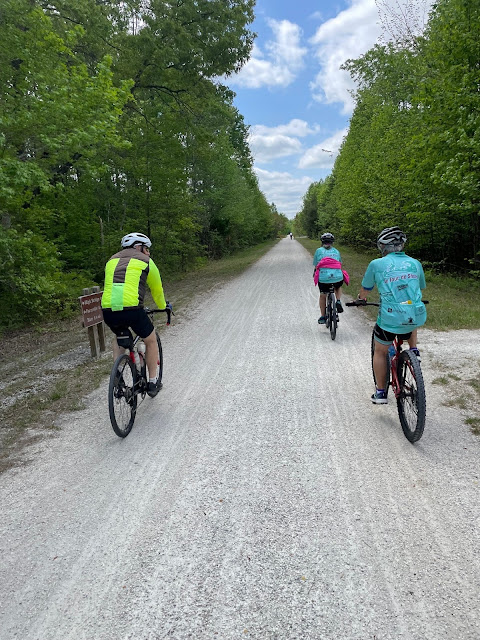 When they turned around, Kevin and I rode to the end of the trail. Here we were joined by a guy named Gary, and the three of us made our way back to Farmville. 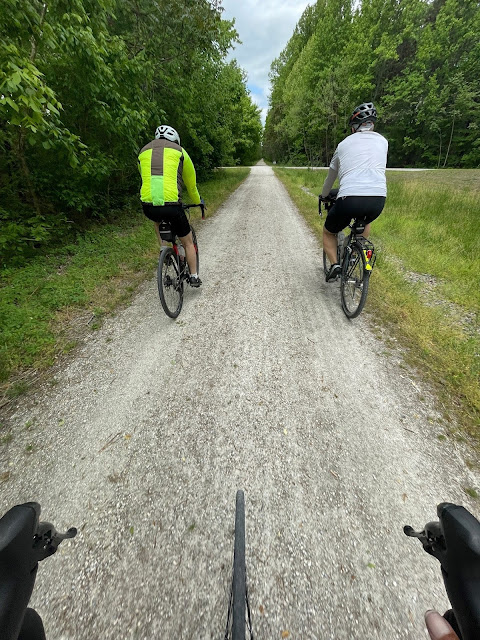 Guess what? It was so much fun to ride with other people. Plus, I got in the 30 total miles I was after. 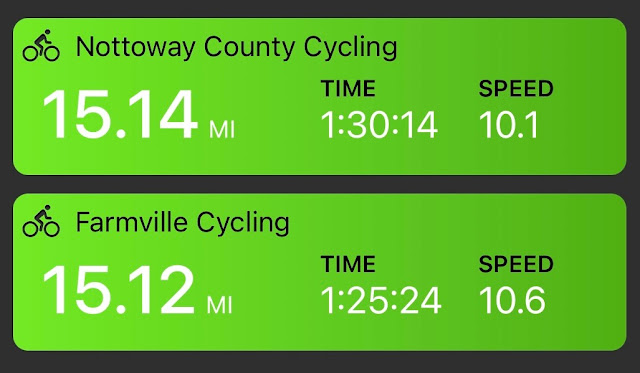 Not to say that making new friends is a project, but if you want to connect with potentially new people who share your interests, hitting the trails is a good way to do it.