Getting the Cart Before the Horse

Just back from the Y. 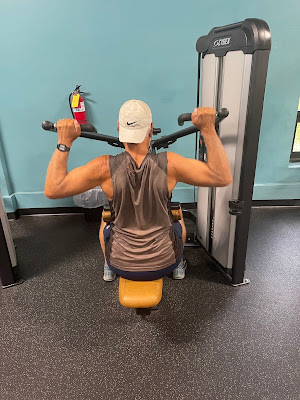 As for those who would have us read the New Testament through their own ethnic lense, using, say, an "African" hermeneutic or an "Asian" hermeneutic or a Latinamente hermeneutic, Peterson points out something that is simply profound. In fact, I can think of no other modern thinker who elucidates this point as clearly as he does. And just what is that notion?

There are more differences within the groups than between the groups.

My thoughts exactly. Let's say we want to pursue an "African" hermeneutic. Well, if you think about this logically, you would have to conclude that this is an utter impossibility because there are an infinite number of potential interpretations. There is absolutely nothing monolithic about "African" anything. And just whose African hermeneutic do you want to use? That's an important question, especially in light of the fact that there are over 1.2 billion people living on the African continent today, all of whom I suppose could be considered "African" in one sense of the term.

Let's take it a step further. If I have counted correctly, there are currently 54 nations in Africa. Which of these nations do you have in mind when you are speaking of an "African" hermeneutic? Libya? Zimbabwe? Congo? Egypt? All of them? Most of them? East Africa? West Africa? Now let's take just one of those 54 nations for a minute. I'll use Ethiopia as an example because this is where my wife was from and I've been there 17 times. I am told that within Ethiopia there exist some 90 major people groups, each with their own language and culture. My wife and I had the good fortune of working among a number of them, including the Amhara, the Oromo, the Hadiya, the Alaba, and the Burji. These peoples speak, respectively, Amarinya, Orominya, Hadinya, Alabinya, and Burjinya. Keep in mind I am only talking about linguistic subcultures. I've said nothing about religion, even though in any of these people groups you are likely to find Evangelicals, Muslims, and Orthodox, three groups that have very little in common with each other in terms of their worldview. Add politics (local and national) into the equation, and the situation in Ethiopia becomes even more incredibly complicated.

In the end, I do agree that we all read Scripture through our own cultural lenses. But I see this fact more of a corrective than anything else. This is not to say that culture is not important in studying the Scriptures. But in a grammatical-historical approach to the Bible (the method I teach), we are primarily seeking to understand what the author meant to his original readers in light of first-century culture, not our own. To place my own lenses at the beginning of the hermeneutical process instead of at the end (applicational phase) of the process is, in my opinion, not helpful. It is to put the cart before the horse.