My father was born on Oahu in 1918. In November of 1941, he was inducted into the U.S. Army. Two weeks later, he witnessed the Japanese attack on Pearl Harbor, which occurred 81 years ago today. I was born on Oahu eleven years after Pearl Harbor, but you can't grow up in Hawaii and not feel like Pearl Harbor is part of your DNA. December 7, 1941 was our 9-11. 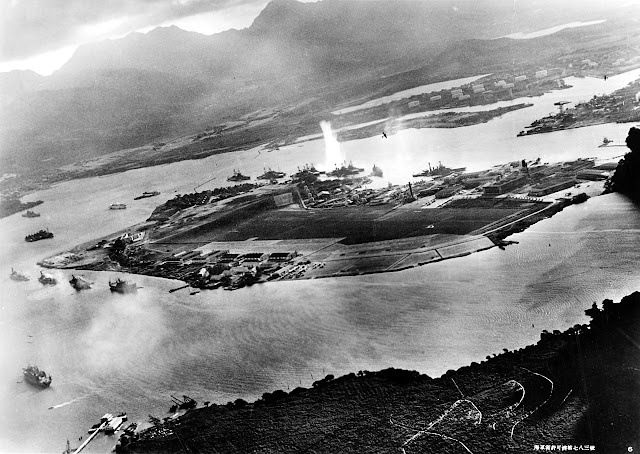 The attack should never have happened. Oahu was the strongest military fortress in the world. U.S. intelligence simply could not conceive of the type of attack the Japanese actually launched -- an airstrike aimed at destroying the U.S. Pacific Fleet, with no intention of planting one Japanese boot on Hawaiian soil. Yet that's exactly what happened.

How does one account for the fact that we were caught napping on a balmy Sunday morning 81 years ago? Who was to blame? As Gordon Prange noted in his definitive treatment of the attack -- At Dawn We Slept -- "Pearl Harbor resulted from a vast combination of interrelated, complicated, and strange historical facts: on the one hand, bountiful human errors of great variety, false assumptions, fallacious views, a vast storehouse of intelligence badly handled; on the other, precise planning, tireless training, fanatical dedication, iron determination, technical know-how, tactical excellence, clever deception measures, intelligence well gathered and effectively disseminated, plain guts -- and uncommon luck" (p. xvi). That just about says it all.

Few events in human history so demonstrate the importance of vigilance as Pearl Harbor. Humans have great capacity for brilliance, but all are fallible and capable of mistakes. The Scriptures have a lot to say about complacency. Our adversary loves to use it against us.

It is a great mistake to underestimate the power of one's enemies. We are not to be terrified by them as the ten spies were and become as grasshoppers in their sight. But neither are we to blithely ignore their existence. Just read Lewis's Screwtape Letters. Our business as Christians is to glorify God in body or in spirit, in sickness or in health, by life or by death. But it is a mistaken notion that being true to God will bring about earthly success. It cost John the Baptizer his head, Jonathan Edwards his pulpit, and Corrie ten Boom the loss of her sister and other family members. You may or may not succeed. But that is incidental. Faithfulness is what the Lord requires of us. He put it this way:

"Stay dressed for action and keep your lamps burning, and be like men who are waiting for their master to come home from the wedding feast, so that they may open the door to him at once when he comes and knocks. Blessed are those servants whom the master finds awake when he comes" (Luke 12:35-40 ESV).

Jesus knows better than we do our inadequacy. Thankfully, he is with us "all the days" (so the Greek of Matt. 28:20), even unto the end of of the age. The situation may be desperate but the saints are not.