My morning reading was in Acts 13, which recounts the start of Paul's first missionary journey. 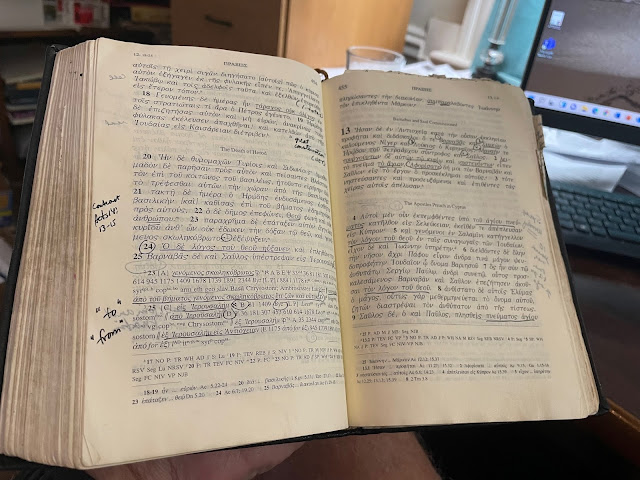 To paraphrase the text, "On a certain day the Holy Spirit told the church at Antioch, 'Dedicate Barnabas and Paul for a special job I have for them.' So when the church had fasted and prayed, they sent them on their way." The words "They sent them on their way" is only one word in the Greek but, my, does it pack a punch. What great things lay ahead for Christianity! As Roland Allen puts it, "The rapid and wide expansion of the Church in the early centuries was due in the first place to the spontaneous activity of individuals" (The Spontaneous Expansion of the Church, p. 143).

I believe God would be pleased to give us much more if we had faith to ask for it. Hezekiah asked for an extension of his years. Jabez wanted an enlargement of his coast. Caleb asked for a mountain. At the age of 69, I am still wanting to push out my borders, to possess my possessions in Christ, to be blessed under God's guiding hand, and to be used by him to spread his gospel. This is a big request, but he can grant it.

Winston Churchill was one of the greatest leaders the world has ever seen. During World War II, he paid tribute to England's airmen with these words:

Never did so many owe so much to so few.

Our debt as Christians to men like Paul and Barnabas is incalculable. Now it is our turn to get the message out. We are debtors to everyone. We owe it to God. We owe it to them. 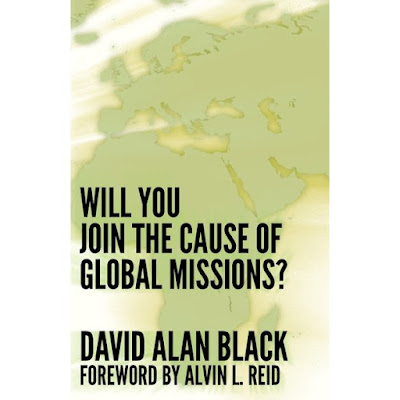