The Day I Stepped Off the Tram

When we lived in Basel, Becky and I walked everywhere. But occasionally we rode the tram. 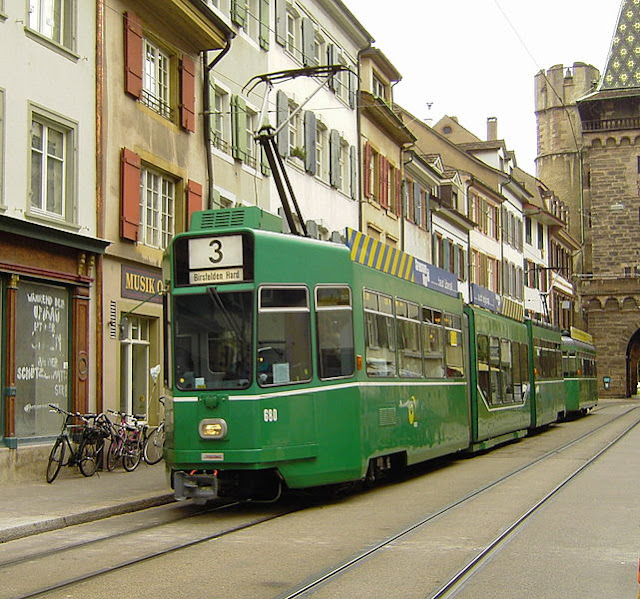 I'll never forget the time someone pulled the emergency cord that each tram had. Despite thinking that we were on an uninterrupted course to our destination, the tram came shuddering to a halt.

At the age of 29, having been teaching for 5 years, I pulled the emergency cord and left the familiar. It was a decision to pursue a new course, a new direction. At the age of 29, I was born again intellectually.

The previous Dave was not me at all. It was the person others wanted me to be. For years I played along. I parroted what others had told me to say. I was pursuing a trip planned by others and goals that were not my own.

I stepped off that tram when I published my first journal article about the destination of Ephesians, arguing that the encyclical theory -- the consensus view -- was wrong. I began to think for myself. It was a rebirth that stretched my mind and soul. I would never get back on that tram again.

Did anyone agree with me? My friend Harold Hoehner did. In his magisterial commentary on Ephesians -- his magnum opus -- he convinced himself that Ephesians had never been an encyclical letter at all, as most scholars held. No, it was written to, address to, and first read by the Ephesians. Make no mistake about it. Hoehner was swimming upstream. Deviation from Alexandrian fidelity is not generally appreciated. But the evidence seems clear: The words "in Ephesus" should never have been placed in square brackets in our Greek New Testaments in Eph. 1:1.

Having been in the classroom for 45 years now, my experience has taught me that you must first and always seek the primary evidence. At all times, you must resist the temptation to play the game. If you are to succeed as a scholar, you must always be on the alert for groupthink. Learn independence, self-questioning.

It won't be easy. But it must happen. My rules for scholarship are simple. Read the classics and prefer authors who are older than you are. Don't merely be a spectator. Be part of the action. If you don't believe something to be true, then for God's sake don't teach it. Either we choose the status quo or we break the pattern and change course. You have to anchor everything you believe in a deep-seated logic.

If, in the process, you have to sacrifice your acceptance by the guild, so be it. The rewards clearly outweigh what is being sacrificed.