Am I an Iconoclast?

In my 44-year career as a student and teacher of the New Testament, I think I've probably been called an iconoclast more than once. The moniker probably fits. An iconoclast is "a person who attacks cherished beliefs or institutions." I well recall the first time I heard that word applied to a New Testament scholar. William Farmer was a long-time professor of New Testament at Perkins School of Theology in Dallas. Following in the steps of J. J. Griesbach, he defended, not Markan priority (the long-held consensus), but Matthean priority, basing his studies on all of the evidence, including the eternal evidence provided by the earliest scholars of the church. 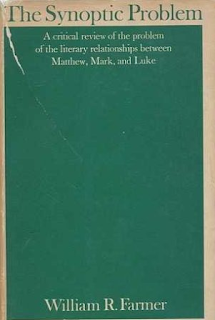 Upon reading his works, and that of his colleague Bernard Orchard, I began to revisit the matter for myself. I then began to teach Matthean priority, not because Farmer and Orchard held to that view, but because of my own work in the primary data provided by the patristic testimony. Since this testimony is available to us only in the original Greek and Latin, I spent 10 days in one of the world's leading patristics libraries in West London and retranslated the Greek and Latin fathers into English (see chapter two of my book Why Four Gospels? The Historical Origins of the Gospels). At about the same time, I became convinced that Dr. Harry Sturz's view of the Byzantine text type as being neither primary nor secondary best fit the data provided by both the external and internal evidence. 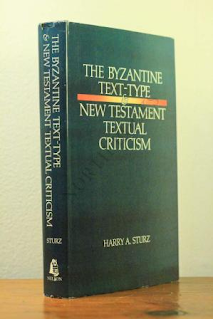 The result? I, for want of a better word, became an iconoclast in the mold of a Bill Farmer or a Harry Sturz. I never set out to be one. I just ended up one because the data didn't match what was being taught by the general New Testament establishment. You go where the science takes you.

Example: Read almost any New Testament introduction and you will see that its discussion of the authorship of Hebrews does basically three things: 1) dismisses Paul as author; 2) suggests alternative possibilities, and 3) concludes by taking an agnostic position on the matter. Almost invariably this third step is accompanied by the words of the church father Origen, who famously said about Hebrews, "Who wrote the epistle, God only knows."

For years this too was my approach to the topic of the authorship of Hebrews. But when I began to study the primary data for myself (I went to the library and actually read the works of Origin), I discovered that Origin was referring, not to the author of Hebrews -- Origen consistently quotes Hebrews as Paul's -- but to the penman (or amanuensis, or stenographer) of the letter. I included this data in the appendix to my book The Authorship of Hebrews: The Case for Paul.

Incidentally, I sometimes ask my New Testament students a "trick" question: "Who wrote Romans?" When they answer "Paul," I take them to Rom. 16:22, where we read these words: "I, Tertius, who wrote this epistle, greet you in the Lord." Interestingly, in both this verse and Origen's statement, the identical Greek words appear: ho grapsas. The meaning in both places is unmistakable: "who wrote it down." Thus, to the question "Who wrote Romans?", the only possible answer is "Tertius." But that fact is irrelevant: the only thing that really matters is authorship, and Paul was the author. Likewise, Origen didn't know who the penman of Hebrews was, though he speculated that it may have been either Luke or Clement (of Rome). In the end, though, what did it matter? It's enough for God to know the identity of the writer. The author is Paul. 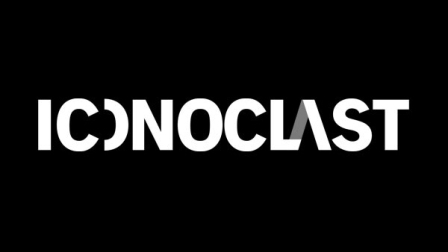 Oliver Wendell Holmes once said, "Rough work, iconoclasm, but the only way to get at truth." I'm grateful for the two iconoclasts in my life who set me on a trajectory that, if nothing else, has been great fun.