Is Walking a Weakness for Runners? 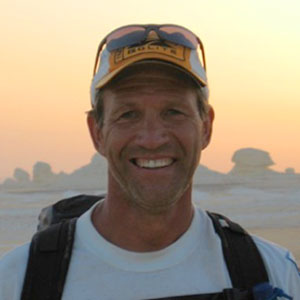 This dude has not only run 130 ultramarathons (I've done only one), he's climbed the famed Seven Summits, each of them on his first try. This includes, yes, Everest. His book Running on Empty is one of the best sports bios I've ever read. 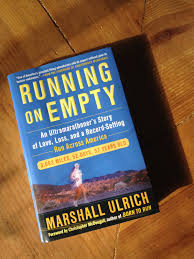 It recounts his run from California to New York, which meant he had to run the equivalent of two marathons plus a 10K every day for two months. Today, after getting in a *whopping* 5 miles on the track, I happened to stumble on Ulrich's "Ten Commandments of Endurance." I agree with them all -- except maybe for #2:

Be kind to yourself. "If you're running and need to walk a little bit, that's okay. Know that you have weaknesses just like anybody else."

That may be true for uber-Menschen who can run a gazillion ultras and climb the world's 7 tallest mountains on every continent, but the rest of us are, well, mortals. I'm not the only runner who's realized the benefits of sprinkling short minutes of walking in their running regimen. Today many successful marathon training programs follow a walk-run routine. There's nothing wrong with it. And it certainly is not a sign of weakness, at least in my humble opinion. Walk-run is the only way I can complete a marathon. Some have called this method the most important tool for lifetime running ( as opposed to running all out for a few years and then becoming permanently injured or burned out). It's so easy to do too much, too soon, too fast, and so on. It all boils down to 2 maxims for me right now:

I get the best of both worlds this way: I build endurance, and I avoid injury. It has gotten me through 16 marathons and 1 ultra so far. And it's definitely more enjoyable than trying to run the whole distance. I have found that walk breaks, when taken early and often enough, keep my muscles strong and resilient enough so that my legs can do more with strength and efficiency throughout the race.

So on the one hand, I agree with Mr. Ulrich when he says, "Be kind to yourself." Yes and amen. But as Jeff Galloway says, walk-running is what we were meant to do. The human body wasn't designed to run long distances without a break. But when you alternate walking and running, there's virtually no limit to the distance you can cover.

Just my .02. I know the marathon is supposed to be a grind and the ultimate challenge for most people. But runners need to know their own limitations. I know mine. Besides, we all have to start somewhere, right?