Pushing Past Your Limits

I was in the saddle again today, my goal being to get in some hard sprint work at the Virginia Capital Trail. As you can see, I wasn't the only cyclist who thought they would bike today. 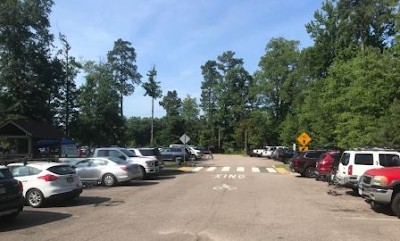 This is called Four Mile Creek Park. I have no idea why it's called "four" miles but it's a popular place for cyclists of all skill levels to park on a Saturday morning. That's good. I'd rather have the trail filled with people than empty (as it often is). Because I was hitting the trail pretty hard today, I stopped only once to take pics. This is the entrance to Evelynton. 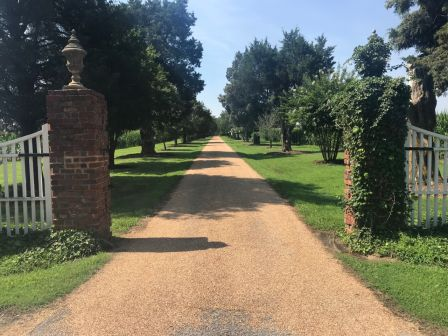 And this is what the trail looks on either side of the entrance. Wow. 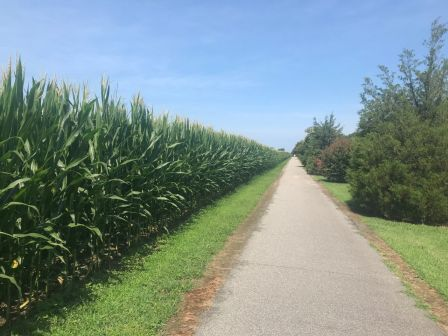 I was having to really push myself on all the uphills. This is not exactly a flat trail.

Eventually, I turned around at the 15 mile point. 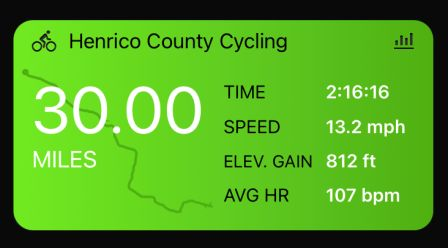 It was a fantastic workout. As always, it was SO SO good to be outside -- and ACTIVE. I know of no other way to live. We runners/cyclists can't help being active, even if (like me) we're terrible at it. When you're done with a workout like today's, your body and mind have a comprehension of how hard they worked. But they also have a healthy notion of how much farther they have to go. We humans are capable of so much more than we admit to. Today was a day to share the trail with people who are willing to push past their limits and do something amazing. Activity is a GIFT and one I hope to enjoy for many years to come.