The Battle of Marriage

Today, as I continue my series "Reminiscences of a 44-Year Teaching Career" (I just made that title up; aren't I clever?), I wanted to show you a picture I've never before posted here on my blog. 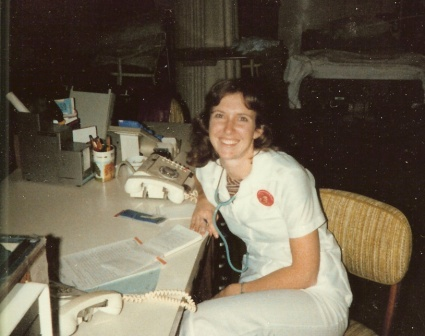 Recognize this girl? Yep. It's Becky Lynn Lapsley. She had left her home in Dallas to study nursing at Biola. I had left Hawaii to study Bible. Becky had determined before the Lord that she would remain single -- at least she would never date one of those stuck up Bible majors -- and then serve on the international mission field as a nurse. I had determined before the Lord to -- well, the truth is, I pretty much had lost my way. I knew only one thing: I wanted to study the word of God. Let him tell me what to do with the degree after I graduated!

Prior to meeting Becky in the cafeteria line at Biola I had dated only one other girt in my life. We had gone together for 3 years in high school. We both played in the band. She lived one beach over from me. (Kailua boy meets Waimanalo girl.) We both ended up at Biola. I knew I was going to marry her some day. Alas, she had other plans. My 19-year old mind couldn't grasp what was happening. What I was going through didn't seem fair. She was the one person I loved more than anyone in the world. My heart felt like it was going to explode. As I tried to process what I was feeling, I turned to the Bible. At that moment I came to the realization that if God was sovereign (and he was and he is), not only would I get past this breakup but he would provide a wife for me in his own good time.

Then I met Becky.

Marriage is the essence of the unknown transforming into the known. There's always as much potential in marriage for disaster as there is for happiness, as much chance for misery as there is for elation, as much potential for heartbreak as there is for triumph. Without having the slightest idea of what I was getting myself into, I asked Becky out for a date. Believe it or not, I took her to Huntington Beach to watch 5 Summer Stories, a film about surfing in Hawaii. 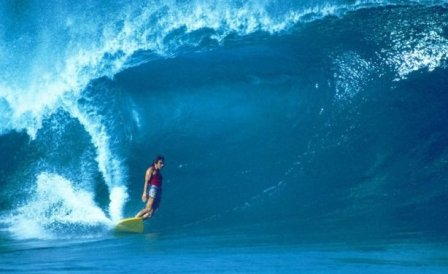 It must have been pure torture for Becky, for all it showed was wave after wave after wave. Despite that, Becky said yes when I asked her out again. We started spending more time together. Heck, we began spending all of our free time together between jobs and studies. I saw in Becky Lynn Lapsley someone special. I had never met a more selfless, giving, compassionate, smart, godly person. I loved how she was quick to laugh, quick to joke, quick to smile, and quick to serve (she typed my term papers for me). Eventually we realized that we were meant for each other, and our pastor at the College Church in La Mirada flew to Dallas to marry us.

My father had left our family when I was 3 and so I felt at a loss as to how to be a husband (and later a father). But I knew something for certain. When I said, "Till death do us part," I meant it with all my heart. Becky and I were married for 37 years. When she died from cancer I knew one thing: marriage gives you a crash course in gratitude, patience, perseverance, and the rewarding feeling of knowing you have pushed through walls and come out victorious on the other side. Sometimes when I'm alone on the trails I can feel Becky beside me. I'd like to think that she has joined me on those trails since she passed away. I imagine her breathing the same fresh air, adoring the same Creator, and feeling the same elation. Those are the moments when I feel like Heaven has touched earth and I am one in memory with the bride of my youth. 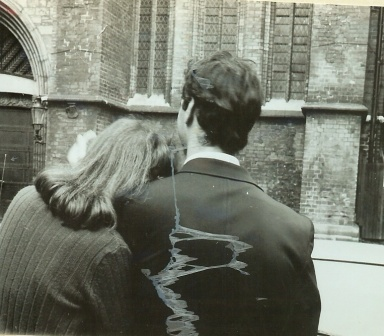 There isn't a hero in this story. Our marriage was simply a testimony to the goodness and grace and forgiveness and faithfulness of our God. My friend, if that was true for two misfits like Becky and me, it's true for you. You hold in your wedded hands the pain and brilliance of marriage, the complexity and the simplicity, the promise and the hope. The battle of marriage is already won, as Jesus said ("I have overcome the world"). Let us, then, lift up our heads from despair and receive from him the gift of perseverance and renewal.
Posted by Dave Black at 5:50 PM
Email ThisBlogThis!Share to TwitterShare to FacebookShare to Pinterest
Newer Post Older Post Home