"If you're planning on doing a marathon, you need to put in the training." I don't recall who first uttered this famous dictum. Justin Bieber?

Roger Bannister once said, "The marathon is the acme of athletic heroism." (Note: Acme, not acne.) Well, most of us marathoners aren't heroes, just your average Joe or Jane Runner. But that's precisely what I love about the marathon. It allows ordinary people to do extraordinary things. This is why dedication and discipline are so important, not to mention training. The marathon takes the human body to its limits and beyond. You will experience fatigue and pain like you've never felt before. You go into every race wondering if you will have enough toughness to carry it out. The two key components are persistence and moderation. You train regularly and you build endurance slowly and at a steady rate.

Today's run was, as per usual, at the local high school. When I started running it was only about 88 degrees. 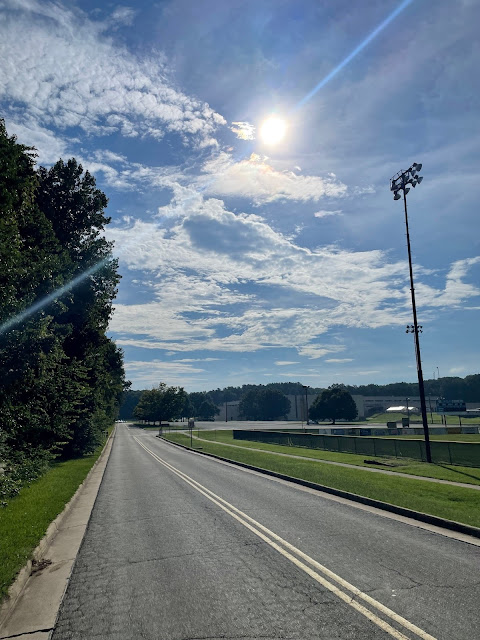 I told myself I would stop as soon as the real feel got over 98. 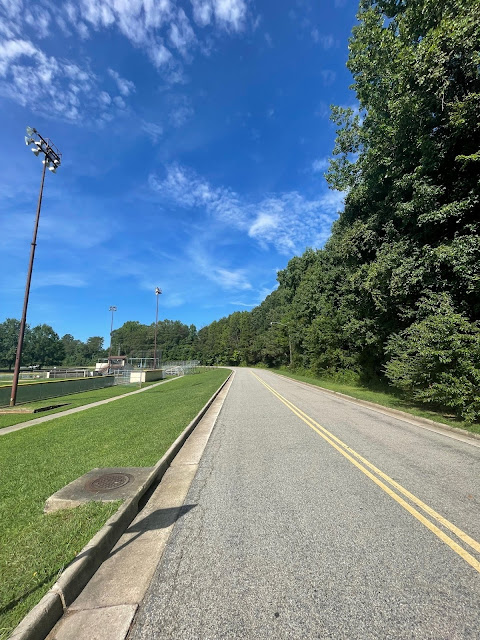 It was wasn't long before that moment had arrived. 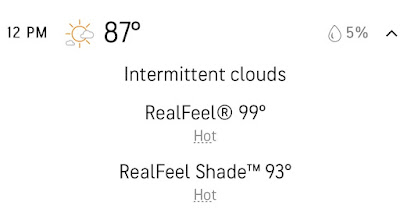 I took a final lap or two around the track and then called it a day. 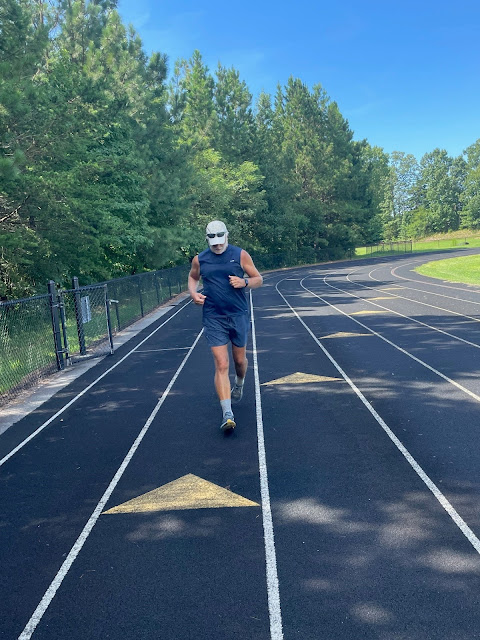 I ended up running just over 6 miles.

The first thing I did after the run was reach for my favorite post-run beverage. 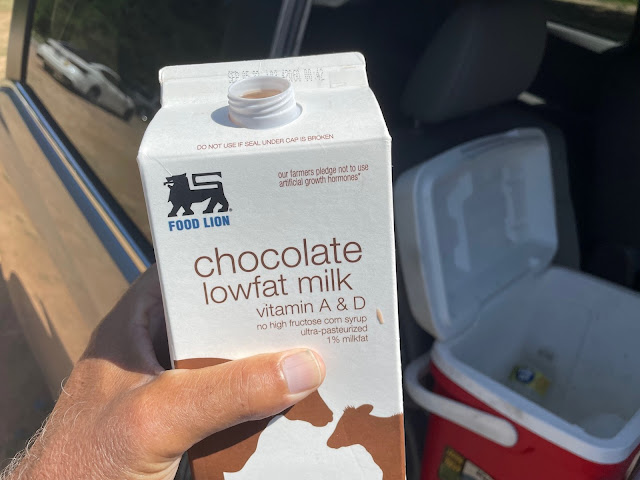 Chocolate milk helps with three things. Since it's liquid, it rehydrates. Since it contains carbs, it helps replenish glycogen. And since it has protein, it helps recover the muscles. The perfect recovery drink!

In case you're wondering what my next marathon is, the answer is, "I honestly don't know yet." Here are the 3 leading candidates:

1) The Milwaukee (Wisconsin) Lakefront Marathon in October. I've heard a lot of good things about this event. It's a point to point race, which I love. I also hear there are great views of the lake for the last 4 miles. But I've also read that the roads are full of potholes. Ugh!

2) The St. George (Utah) Marathon, also in October. This too is a point to point race. Since I've already run it once, I can say without hesitation that the scenery is the most gorgeous you will ever experience during a marathon. The sunrise is beautiful as are the mountains and canyons. However, Veyo Hill is no joke. Might need to hire a sherpa for that challenge.

3) The Honolulu (Hawaii) Marathon in December. I have mixed feelings about this race. Yes, it's in Hawaii. What's not to love about that? The course is mostly flat (except for when you go around Diamond Head). But the race (as you can well imagine) is hot and extremely humid. Oddly, growing up on Oahu I never noticed the humidity while living there. Now, I'm afraid I'll board the struggle bus so early in the race it won't end up being an enjoyable experience. Honestly, the only reason I want to do this race is because it's on my bucket list.

I might just end up doing the Richmond Marathon again (for the fourth time). It's local, it's flat, and it's got some wonderful views of the James. Generally speaking, however, I don't like doing the same race twice. What's the point when there are so many races to choose from? And, you can no doubt tell that I love to travel.

That's all for now!