Why I Am No Longer a Sturzian

In a recent interview, I believe I referred to myself in passing as a Sturzian. As you may know, Harry Sturz was my Greek teacher at Biola and, subsequently, my colleague in the Greek Department there for many years. 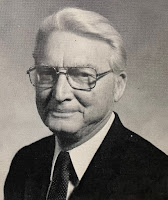 His classic treatment of textual criticism -- The Byzantine Text-Type & New Testament Textual Criticism -- has just been reprinted and will, I'm sure, engender quite a bit of discussion at the Clearview Apologetics Conference on Sept. 24 of this year. 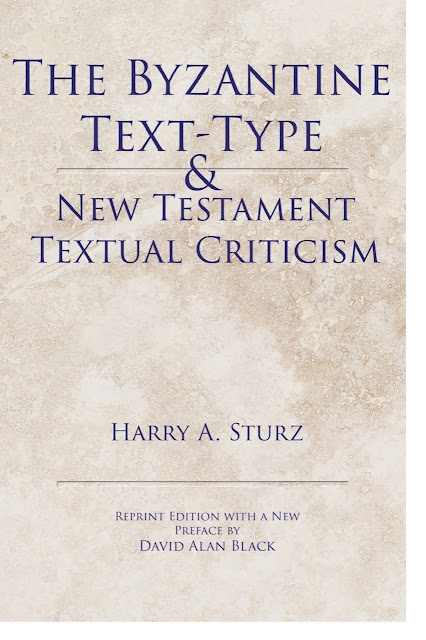 In essence, Sturz held that the three major text types -- Alexandrian, Western, and Byzantine -- were equally early and should therefore, all of them together, be considered when discussing places of textual variation in the New Testament. I personally hold to this position and, in fact, have defended this view in print. In other words, I unashamedly espouse the views put forth by Harry Sturz. But am I therefore a "Sturzian"?

To explain what I mean, allow me to quote to you what the great J. I. Packer once said when he was being interviewed about Calvinism.

This minority calls itself "Reformed." But people around and about usually refer to the members of this group as "Calvinists." I, for one -- who belong to this group, as God enables me -- I don't like being called a Calvinist because Calvin himself was very anxious not to make a party bearing his name or anything like it. And I venerate the memory of Calvin too much to do something which, if he knew about it -- as I suppose in glory he might well -- he would want to rebuke me for.

In a similar vein, Robert Murray M'Cheyne, having discovered the remarkable works of John Edwards, once wrote:

How feeble does my spark of Christianity appear besides such a sun.

But then he went on to say:

But even his was a borrowed light, and the same source is still open to me.

Neither John Calvin nor James Packer nor Jonathan Edwards nor Harry Sturz are with us today. But I wonder what would happen if they should somehow miraculously show up at one of our conferences. Perhaps they would ask us, "Why do you look at the borrowed light when you can all go directly to the source?"

I am not ashamed to say that I avow the views of Harry Sturz. But Sturz himself made no claim to infallibility, nor did he ever seek a following or to start a school of thought. Like all great Christians, he thought nothing of himself. His only desire was to point to the truth as he understood it.

I suppose, then, that I am really not a "Sturzian" after all. We could view Harry Sturz as a biblical scholar in the purest sense of the word. But I would suggest that the best way to regard him is as a churchman who sought to use his considerable gifts to build up the body of Christ and to offer a credible reason for believers to trust the sources on which their faith is founded. Those of us who were blessed to have known him personally would, I think, agree that Harry Sturz taught not only by his words but by his example. For us, he was a bright light in our lives. Yet most of all he was a spark symbolizing his unflagging pursuit of the Son.