How to Achieve Emphasis in Bible Translation

I woke up this morning only to find out that it is colder in Virginia than it is in Colorado. The temp this morning is 25 degrees. Brrrr. But it's nothing a mug of brew can't handle, especially when it comes in your favorite cup from Kailua, Hawaii. 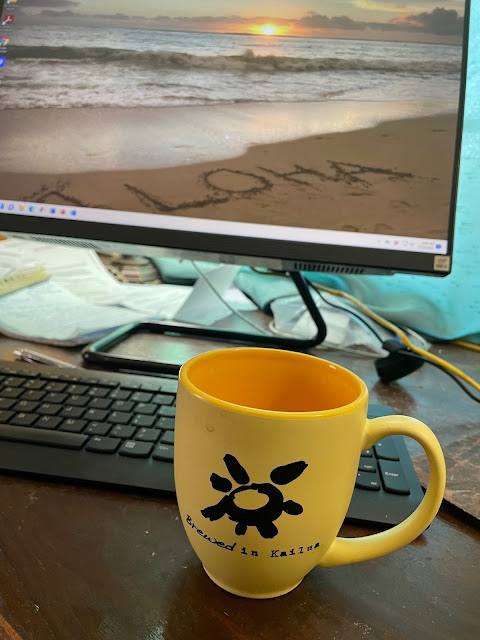 I've got 5 months to train for the Flying Pig Marathon, so today I plan to get in a run after the sun warms things up a bit. I'm trying to get the message across that unathletic people like me can still enjoy the great outdoors. The key is starting out slowly and pacing yourself properly. The vast majority of people would be great runners once they got into it. It's mostly the mental hurdles you have to get over.

Anyways, in my Bible reading this morning I was using one of my two favorite translations -- the Good News Bible -- and noticed how they rendered 2 Cor. 4:5:

For it is not ourselves that we preach; we preach Jesus Christ as Lord, and ourselves as your servants for Jesus' sake.

Other versions simply have "We do not preach ourselves" -- which entirely misses the emphasis in the Greek text, where the word "ourselves" comes first. As you know, the other day I listened to C. S. Lewis's Mere Christianity on audio book, and in his preface he mentions his struggle with the use of italics when writing the book. You will recall that Mere Christianity is based on a number of public talks Lewis gave on the BBC during the Second World War. Now, in his talks he used conversational language, and in his book he wanted to retain that flavor -- using, for example, contractions like "can't" instead of "cannot." But, he asked himself, should I use italics in the book or not? You see, in speaking, italics simply aren't available to indicate emphasis. That task must be accomplished by tone of voice or word order.

It seems to me that Bible translators face the exact same dilemma. Use italics, and people will think that the italicized words have been added to the text -- "These words aren't in the Greek but we've added them here for clarity." That, unfortunately, is what italics mean in our modern English Bibles. Then how we do indicate emphasis? Let's go back to 2 Cor. 4:5 for the answer: word order. Surely "It is not ourselves that we preach" is much more emphatic than "We do not preach ourselves."

I wish Bible translators would do this more often. This passage comes to mind:

"In the beginning was the Word, and the Word was with God, and it was God that the Word was" (John 1:1).

Now, the third clause here reads as follows in the Greek: kai theos en ho logos. The subject is clearly logos, so we cannot render this clause as "God was the Word" because "God" is not the subject. We must resort to a bit of a paraphrase at this point to accomplish our goal. Here's another example that comes to mind:

I memorized this as "we deceive ourselves." But in the Greek text, the word "ourselves" is clearly marked out for emphasis. The fact is, if we say we have no sin, the only people we are misleading is ourselves. Everyone else knows our claim to be false.

Here is a very useful little summary by Corey Keating of how Koine Greek accomplishes emphasis. It's based largely on my beginning grammar. It will give you a feel for what we're talking about. You might also want to avail yourselves of a good Greek-English interlinear. 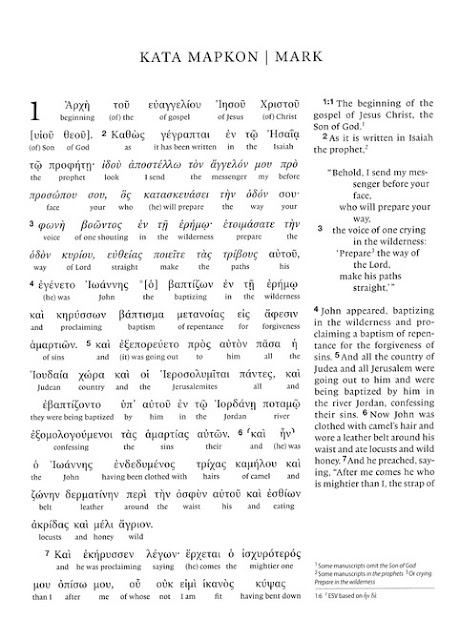 Oh, do be sure to get outdoors today if you can. Don't miss all the beauty right in front you because you're annoyed by the distractions of life and by the million and a half things on your to-do list. Take it all in and give thanks. Life is way too short to live any other way.