The Life and Legacy of F. F. Bruce

If you're interested in the life of the mind, then you must read F. F. Bruce: A Life. 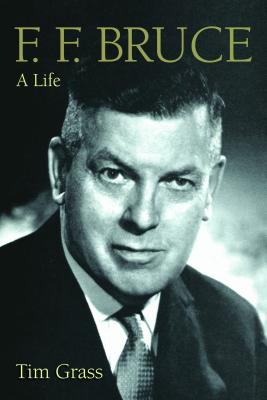 Bruce was a respected New Testament professor in Great Britain. Here are a few takeaways from the book:

1. Bruce began writing his famous commentary on Acts in an air-raid shelter in Leeds while on air-warden duty during WWII. Talk about multitasking!

2. Bruce once said, "I am thinking of no better foundation than a classical education for the professional cultivation of biblical studies" (p. 50). I couldn't agree more. That's why I now regret my undergraduate degree in biblical studies. I wish I had studied English or history or classics before going on to seminary.

3. We read on p. 62, "For him there was no tension between critical study and Bible exposition; indeed, the former led to the latter." Like Bruce, I've never been able to separate the critical study of the Scriptures from devotional study.

4. At Manchester, Bruce "maintained a full teaching load" (p. 103) while still writing prodigiously. I can identify with this statement -- not the part about being prodigious but the part about teaching fulltime and also writing. I've never enjoyed "release time" from teaching for writing, and any writing I did was "above and beyond."

5. Three-fifths of Bruce's doctoral students came from overseas, especially from the U.S. This led Bruce to quip that "the PhD was invented so that Americans could take an advanced degree with them when they came to the UK for further studies" (p. 106). Indeed. Who hasn't benefited from this arrangement (think Moises Silva or Donald Hagner)?

6. On p. 112 we read, "He was able to distinguish between academic disagreement and personal antagonism in a way that scholars have not always done." In other words, Bruce was a gentleman. It is a virtue we can all aim to emulate.

7. Bruce once said (p. 175-76), "The chief obstacle is Christian reluctance to advance, to leave the comfortable security of the familiar and traditional for the insecurity of the revolutionary and unknown." Let that one sink in!

F. F. Bruce died on September 11, 1990. Just before he passed away he wrote an essay for me. The essay was to honor a friend and colleague of ours. 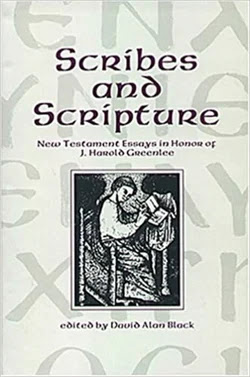 It was perhaps the last essay Bruce ever wrote. I still have the type-written manuscript in my files. I will always treasure it.

Thanks be to God for the life and legacy of F. F. Bruce.