J. K. Elliott on the Original Text of the New Testament

My friend Keith Elliott once published this wonderful collection of essays. 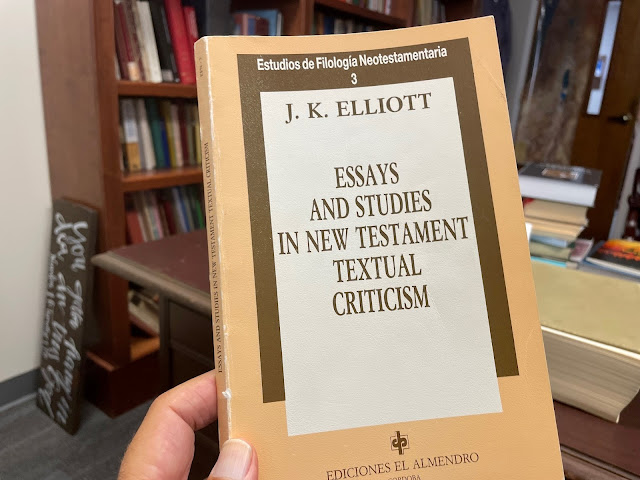 Since we will be honing in on textual criticism in my Greek classes this week, I wanted to reacquaint myself with his views on recovering the original text. 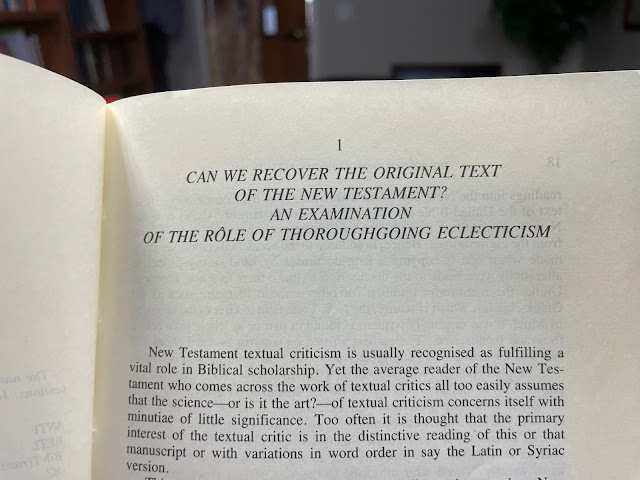 The need to establish the text so precisely is greater than for other ancient books insofar as the New Testament in particular forms not only the basis for Christian doctrine and practice but also represents the literary archives of a religion which is based on an historical revelation.

But do variant readings affect doctrine?

Many textual problems are in fact closely related to doctrinal or theological issues.

And what about the Textus Receptus? Commenting on the expression "he answered and said," Elliott writes this:

When we look at the manuscript tradition it is interesting to observe that on many occasions the Textus Receptus is superior to other witnesses in preserving this barbarism.

We should therefore not be prepared to dismiss the Textus Receptus out of hand only as a representative of a debased medieval type of text and prefer in its favour the readings in for example the fourth or fifth century codexes. Often the Textus Receptus does preserve a text which represents the words of the original author where the older codexes do not.

It is now obvious that it is impossible to maintain the supremacy of [Aleph] and B. One cannot follow the reading of one manuscript or group of manuscripts as if these held the monopoly of truth.

If one cannot point to any one manuscript as containing exclusively the correct text all the way through and therefore use that manuscript as a monopoly text, and if one cannot merely point to the majority of manuscripts as containing by definition the correct text as if there had been providential protection for the survival of the divine word in more rather than a few copies, and if one cannot asume [sic] that the earliest manuscripts by definition are the likeliest to be correct, then what can one do?

Although I do not espouse his overall approach to textual criticism, I appreciate his emphasis on the internal evidence as well as his disavowal of a slavish adherence to any manuscript or group of manuscripts. I too have had a gut feeling that readings preserved in the Textus Receptus deserve consideration when we practice textual criticism. If you're interested, you can read about my approach in the following essays:

The Peculiarities of Ephesians and the Ephesian Address

Jesus on Anger: The Text of Matthew 5:22a Revisited

An Overlooked Stylistic Argument in Favor of panta in John 2:20 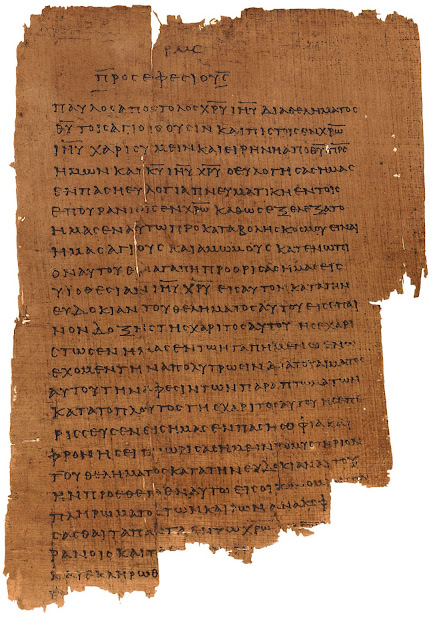