Why I Will Always Love Kailua

As you probably know, every year since Becky passed away I try and spend a few days at Kailua Beach on Oahu. Oahu is Hawaii's third largest island and includes some of the world's most famous beaches. In fact, Kailua Beach has won the top spot so many times it's basically been "retired" from competition. 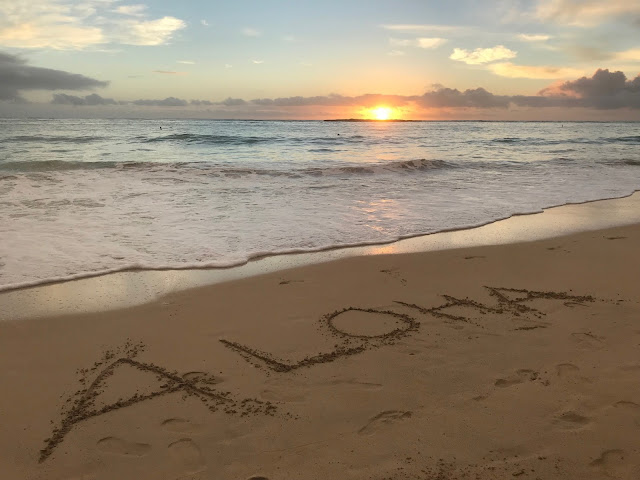 I was born and raised on Oahu. The island is actually very small, a mere 44 miles long and 30 miles wide. For comparison, my drive from the farm to Wake Forest is 52 miles one way. As a child I used to think, "Honolulu is so fay away from Kailua!" The distance is actually shorter than a half marathon.

You could stick Oahu into Connecticut 9 times. But despite its diminutive size, Oahu is incredibly gorgeous. It's the most visited of all the Hawaiian islands. To me, the best thing about Oahu is its natural beauty and perfect weather. You have no idea just how spectacular the Koolua mountain range (that divides Kailua from Honolulu) is until you see it in person. 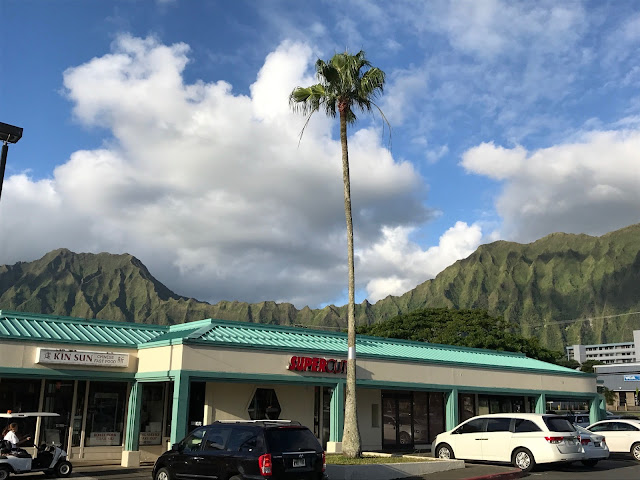 But the beaches will always be the main attraction for me. I think it's accurate to say that I didn't live near the ocean as a child but in it, coming to land to eat and sleep. I was enchanted by the endless sea, some days a glassy blue and on other days dancing with whitecaps. Tunnels through the Koolaus would eventually turn the little village of Kailua into a gigantic suburb of Honolulu. Into this suburb my family moved in 1955, when I was 3. Years later I came back and was seaward again. I was "home" in a sense, in the watery wilderness known as Windward Oahu. 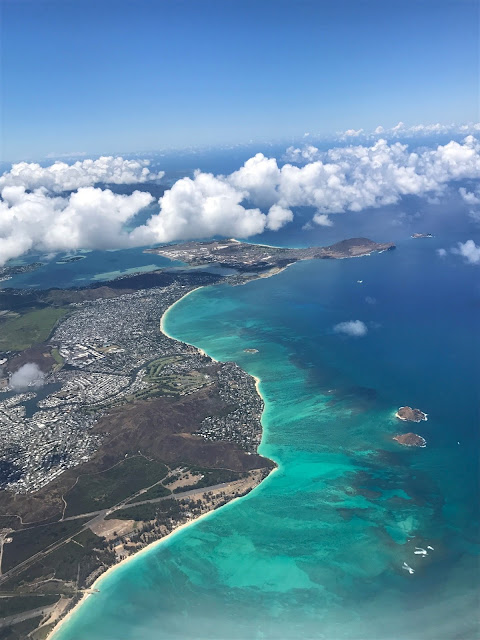 Though born in Honolulu, Kailua is where my memories began. The town had a quaintness factor of 15 out of 10. Growing up there I was your typical keiki (kid) -- fun-loving, curious about everything, and devoted to surfing. I must have attended high school (I have a diploma), but I remember very little about my classes. Seems me and my friends were always at the beach. After graduating from Kailua High School in 1970, I left for Biola and never took up permanent residence in Hawaii again.

I brought Becky here for our honeymoon and several times afterwards. Everywhere I go I see her smiling at me, a fragrant plumeria in her ear. That seems a long time ago now. Spouses never die; they live on in the brain forever.

On my first trip back to Hawaii after Becky's death, it took me all of one day to adjust to wearing rubber slippers, swim trunks, and a tank top -- and to chuckle at all the clothes we wear on the mainland. 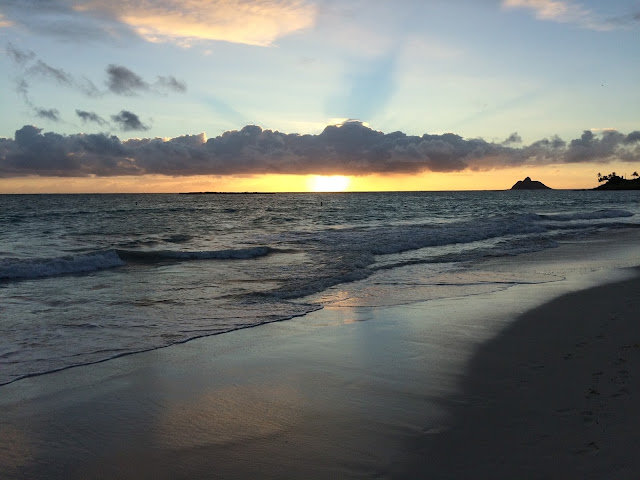 You sense the aloha spirit of the islands as soon as you arrive. For me, coming back to Hawaii means coming back to a place where the people of many cultures get along together as ohana (family). When I was born in the Territory of Hawaii in 1952 (before statehood), the population of the islands was a half million. Today it's one and a half million. That largely explains the traffic problems the islands are experiencing. Taxes are ridiculously high, and good-paying jobs are scarce. Disposable income is 41 percent higher in Durham, NC, than in Honolulu. A couple of years ago my cousin sold his small home in Kailua for 1.5 million dollars. On the positive side, the food is off the charts. The cuisine is largely a mixture of Hawaiian, Korean, Chinese, Portuguese, and Filipino. And while traffic is a headache, people are gracious and will let you in their lane at the drop of a hat.

There is some racial tension in Hawaii but not much. There are more multi-racial Americans living in Hawaii than in any other state. I generally found that if you have a cool attitude you'll get along fine. I can also speak Pidgin, which helps. People who "talk stink" about Hawaii probably just don't understand our culture very much. Hawaii is both beautiful and complex. Example: The Aloha State has the longest life expectancy in the U.S. (81.3 years). The people of Hawaii also consume the most spam per capita in the U.S. (You figure it out.) If you ever do visit the islands, my advice to you is very simple: be nice to everyone you meet, say "mahalo" a lot, and show respect for the locals, and there will be few tensions if any at all.

Hawaii is where I learned to love ethnic diversity. We used to joke that most people in Hawaii were "chop suey" -- half this nationality and half that. But we went to school together, played together, and surfed and swam together. "Everyone is a minority in Hawaii" is more than a saying. Come to Hawaii and you'll make friends from all nationalities. My point is this: Live a life of aloha, and always remember: you get what you give in life. But be prepared to run on "island time" (why rush?) and to enjoy great surf, the warm sun, and the golden-sand beaches. 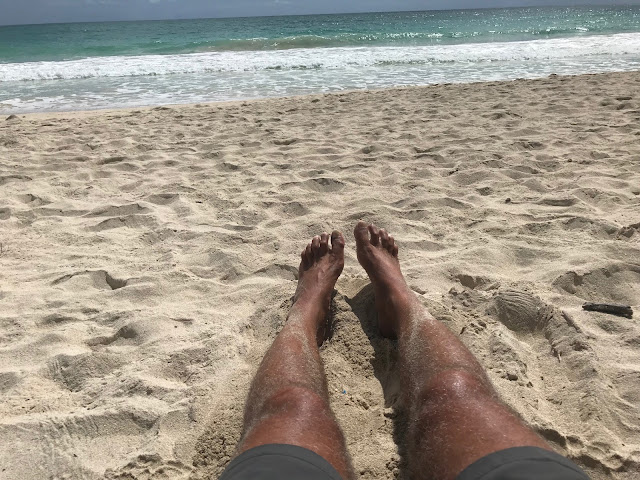 Could I ever live in Hawaii again? Honestly, I think I'd get "island fever" if I lived there. There's plenty of the world I still want to see. And the crowds? Oh my, the crowds. Between 1950 and 1960, Kailua's population surged from 7,740 to 25,622 -- an expansion rate never matched before or since in Hawaii. In 1960, Kailua replaced Hilo on the Big Island as the second largest community in the state. Windward Oahu is now overrun with tourists, so much so that many locals are asking, "Will Kailua become the next Waikiki?" The construction of the giant Target store in Kailua (it opened in 2014) probably sealed the fate of the town. Once a quant seaside community devoid of big-city trappings, Kailua is now a busy tourist and shopping destination.

Yet Kailua will always be home for me. From the ages of 3 to 19, I lived within the gentle embrace of the Koolaus and the ocean. Kailua sits in the cauldron of a great extinct volcano, the eastern edges of which have long since eroded away to form Kailua Bay. In the western sky you can see the great, brooding summit of Konahuanui, at 3,150 feet the highest point in Windward Oahu's Koolua range. The fluted cliffs of the Koolaus point me beyond the island, to a Home in a far better Paradise than Hawaii could ever be.