How to Do Discourse Analysis (According to Longacre)

Robert Longacre's study of the structure of the book of 1 John is a model of how we should do discourse analysis. 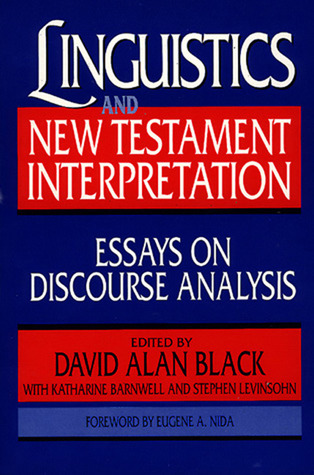 We'll be doing a deep dive into his method in class today. 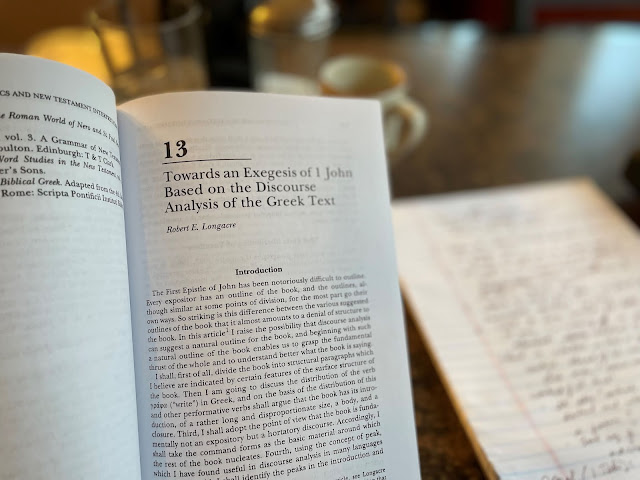 Here are the steps he uses:

2. Then determine the natural groupings of these paragraphs into larger units. Broadly speaking, in a letter there will be an introduction, a body, and a conclusion.

4. Identify the peaks of the letter, i.e., "points of cumulative development."

5. Finally, state the linguistic macrostructure of the letter. The macrostructure "is a summary of précis or abstract of a text which is stated so that it gives the central thrust of the whole work." This macrostructure "serves as a control on the content of the text." It also "controls what is developed in detail and what is simply referred to in passing." Look especially for "overt statements of the macrostructure."

Longacre concludes his study of 1 John with these words:

So there you have it. Care to give it a try the next time you study a New Testament letter?

By the way, I tried out this method out several years in a study called The Discourse Structure of Philippians: A Study in Textlinguistics. For my power point, go here.

Note: Heartfelt thanks to my assistant Mr. Hayden Fleming for producing the power point for our class.