"In spite of his outstanding leadership and speaking ability, Peter possessed no legal or official rank or title above the other eleven,. They were not his subordinates. They were not his staff or team of assistants. He wasn't the apostles' 'senior pastor'" (italics in the original). 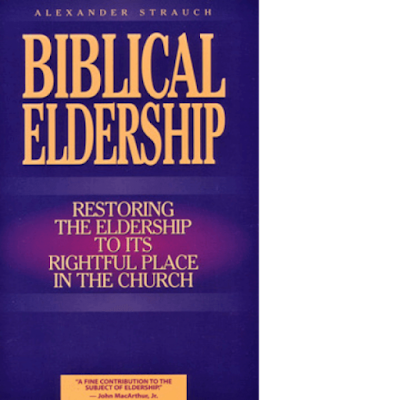 "To call one elder 'pastor' and the rest 'elders' or one elder 'the clergyman' and the rest 'lay elders' is to act without biblical precedence. To do so will not result in biblical eldership. It will, at least in appearance, create a separate, superior office over the eldership, just as was done in the early second century when the division between 'the overseer' and 'leaders' occurred" (italics in the original).

"Because the apostles knew that Jesus Christ, by the Holy Spirit, was uniquely present with them as Ruler, Head, Lord, Pastor, Master, Overseer, High Priest, and King, they chose a form of government that reflected this distinctive, fundamental, Christian truth .... The first Christians were truly Christ-centered, Christ-dependent churches .... Christ's person and work was so infinitely great, final, and complete, that nothing -- even in appearance -- was to diminish the centrality of His presence among and sufficiency for His people."

"So in the first century, no Christian would dare take the position or title of sole ruler, overseer, or pastor of the church."