Greetings, fellow language nerds. Today I'm going to give you the reason why I don't plan on adopting a conversational approach to teaching Koine Greek. I'm not saying I won't use bits and pieces of this approach in the classroom. But as an overall method of teaching? Highly unlikely.

The real reason I haven't learned to speak Koine Greek myself and haven't used that method to teach Koine Greek to others is a completely personal and selfish one. I would become frustrated out of my gourd not to be able to talk to anybody. Otherwise, I'm 100 percent in favor of acquiring a spoken knowledge of a language. Take German, for instance. It's not only a beautiful language, it's made my life more beautiful because of the experiences I've gotten to have because I speak German, the people that I've met, the places I've been able to visit, etc. The same is true of Spanish. You can speak Spanish almost anywhere in the U.S. But Koine? If you don't use it you're almost certain to lose it.

I recall once having lunch with a friend of mine who is a big proponent of the conversational approach to Koine Greek. He's written books on the subject. I asked him, "Who do you speak Koine with?" His answer was, no one. That would frustrate me TO DEATH. German, on the other hand, is the (or "an") official language in more than one country -- Germany, Austria, Lichtenstein, Switzerland -- all of which I've visited and one of which I lived in. 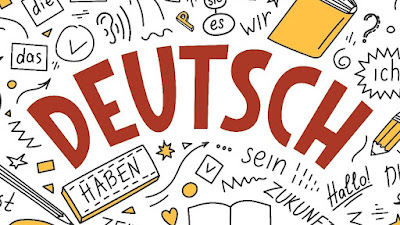 But Spoken Koine? The idea is nice, but the payoff seems oh so small. Again, this is just my opinion so take it with a grain of salt (mit Vorsicht geniessen -- "enjoy with caution"). Keep in mind that we all have different learning styles. What works for me is not necessarily going to work for you. In the meantime, you might want to take a look at the Teaching and Learning Greek page at my New Testament Greek Portal for some resources on the conversational approach to Koine Greek. Read them and then make up your mind for yourself.