"Does" Versus "Keeps Doing"

My morning Bible time was in 1 John 2. 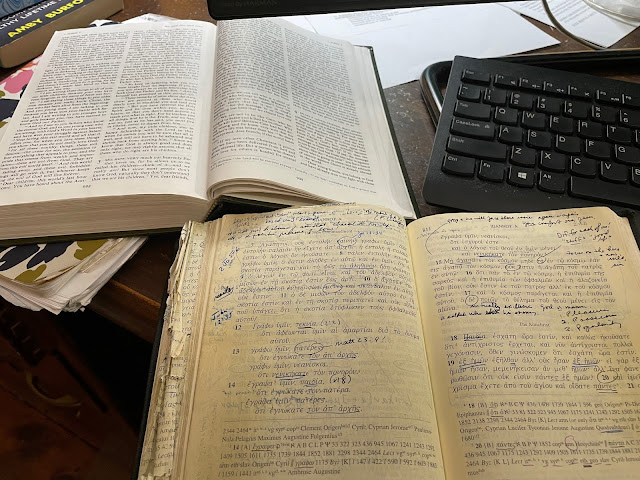 The message is clear: Only those who consistently do the will of God abide forever. This truth is magnificently brought out in The Living Bible. 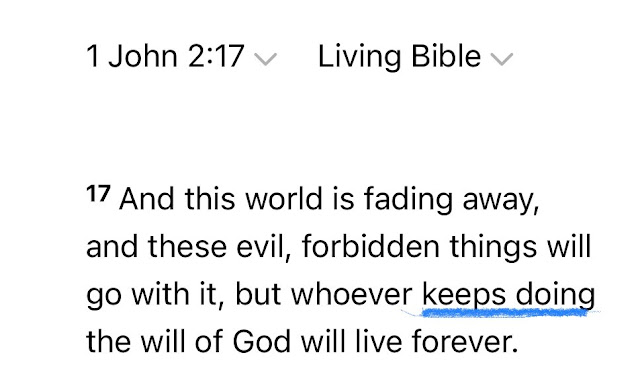 Sometimes I get the impression that the TLB is more in tune with verbal aspect theory than its myriad successors such as the ESV and the CSB. The Greek permits the rendering "keep doing." The context practically requires it.

In a nutshell, obedience isn't an adjustable justification we use when convenient. It's not really a choice but a command. And the extent to which we gladly obey Christ probably says more about us and our Christianity than anything else.