Patrick Mahomes and Josh Allen: A Lesson for Us All

Obviously he [Josh Allen] played his tail off. He really did. Every single series he was battling, he was running, he was throwing and doing everything he needed to do in order to win the game. I've been on that side. I've lost that overtime game, and not having the chance to get the ball, I know exactly how it feels.

I have a lot of respect for Pat. He throws the game-winning TD, and he comes straight over to find me. To be in that situation and to do that, that was pretty cool of him to do.

As soon as the game ended, Patrick Mahomes said this to Josh Allen when he met him on the field:

We're gonna do this a lot, man. 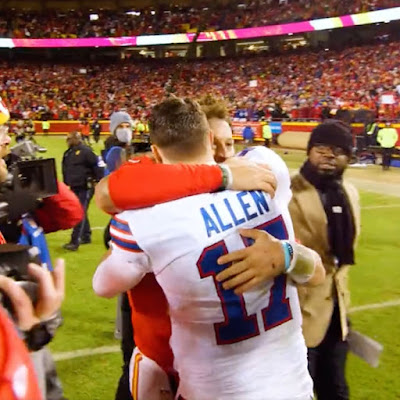 The real trophy in any athletic competition is the soul. You win the big game and receive the best prize of all -- becoming a person you can be proud of. This trophy is beyond any trophy. Football is only a means to that end. This striving for personal excellence the Greeks called aretē. 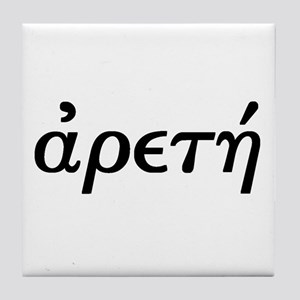 The goal is always to achieve your personal best. Not to be the best in the league or the best on the team. But the best you.

Last Sunday, both Josh Allen (the so-called "loser") and Patrick Mahomes (the so-called "winner") took another step toward the lifelong task of becoming an athlete -- and achieving aretē.

A lesson for us all.