Hebrews as a Pauline Sermon?

Technically, there are only two anonymous letters in the New Testament: Hebrews and 1 John.

How can we call 1 John "First John" if the letter itself is anonymous? We do so on the basis of (1) the tradition of the early church (that is, the external evidence), and (2) the internal evidence. I have argued that we have the same thing happening with the letter to the Hebrews. Just because a writing was anonymous didn't mean that its author was unknown. 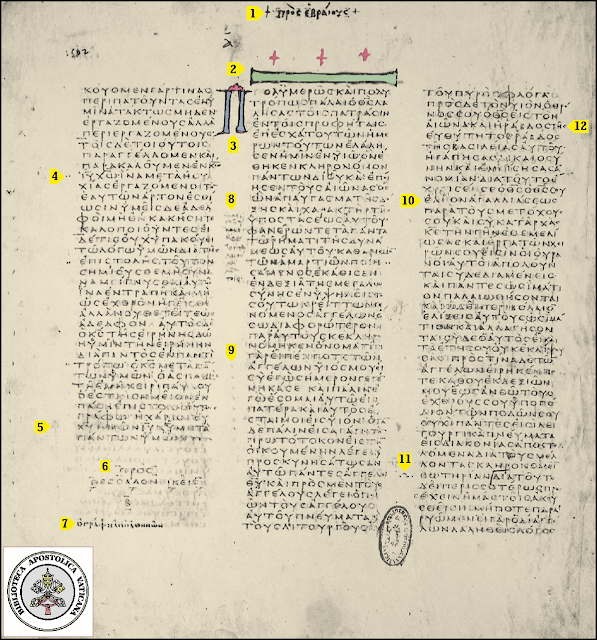 For example, the four Gospels are formally anonymous. In none of them is the author's name mentioned in the text. Some scholars have argued that, since the Gospels were written anonymously and only later ascribed to certain authors, these authors probably did not write them. These scholars are both right and wrong. They are right in the sense that, in the four Gospels, the authors names are not explicitly listed in the text. But they are wrong to conclude that we cannot be confident about who wrote them. In fact, there are no anonymous Gospel manuscripts of the New Testament. None. They simply don't exist. All of our earliest Greek manuscripts containing the Gospels attribute these writings to Matthew, Mark, Luke, and John. Writes Richard Bauckham, "Gospels would not have been anonymous when they first circulated around the churches. A church receiving its first copy of one such [Gospel] would have received with it information, at least in oral form, about its authorship and then used its author's name when labeling the book and when reading from it in worship" (Jesus and the Eyewitnesses, p. 302).

Furthermore, Armin Baum, in his essay "The Anonymity of the New Testament History Books: A Stylistic Device in the Context of Graco-Roman and Ancient Near Eastern Literature" (Novum Testamentum 50 [2008] 120-142), notes how the Old Testament historians "presented themselves as rather insignificant mediators of the traditional material they passed on and by which in contrast they gave highest priority to their subject matter" (p. 139). He sees the same principle at work in the New Testament Gospels and Acts. The practice of anonymity was employed "to make the authors as invisible as possible and to highlight the priority of their subject matter" (p. 140).

This brings us back to Hebrews and 1 John. Remember, these are the only two letters in the New Testament that are formally anonymous. And how does each writing begin? With a focus on the subject matter: "Son of God" in Hebrews, and "Word of Life" in 1 John. Here's the opening of Hebrews (Heb. 1:1-4):

Long ago God spoke to our forefathers in many different times and in many different ways, but in these last days he has spoken directly to us through a Son though whom he created the universe and to whom he has given everything. He reflects the brightness of God's glory and is the exact representation of God's own being, sustaining the universe with his all-powerful word. After achieving forgiveness for the sins of humanity, he sat down in heaven at the right side of the Majesty on High, having been made greater than the angels just as the name he inherited from his Father is greater than theirs.

Why would the writer not address the readers in the customary way by making himself known, specifying the addressees, and pronouncing a salutation of grace, peace, and mercy? The answer must be that the author wants to focus attention primarily on the ultimate revelation of God -- Jesus Christ, his Son. This revelation is contrasted with the piecemeal revelation that God, through the prophets, gave to the forefathers for many centuries. The author stresses the theme of the person, offices, and function of Jesus, the Son of God.

And what about 1 John? Here are the opening four verses of this letter:

We are writing to you about the Word of Life, which has existed from the very beginning. We have heard it and have seen it with our very own eyes. Yes, we have beheld it, and our hands have touched it. When this life became visible, we saw it, and so we speak of it and report to you the eternal life that was with the Father and was shown to us. What we have seen and heard we are announcing to you, so that you will join with us in the fellowship we have with the Father and with his Son, Jesus Christ. We are writing this to you so that our joy may be complete.

These opening verses of 1 John establish the author's authority to teach spiritual truth because his message is grounded in both the historical reality of Jesus Christ and his authoritative understanding of the true significance of those facts. His message is not something that he has merely dreamed up, perhaps in contrast to the false teaching mentioned later in the letter. John invites his readers to the fellowship not only with the author but also with the Father and Jesus Christ, and thereby truly know God. This will make their joy complete.

As for the genre of 1 John, Jobes notes that "the structure shows characteristics suggesting the author intended it to be read or performed aloud (see Structure, below). Most likely it originally served as a sermon in the author's church, and it was then circulated to other outlying churches in the area" (p. 37).

The question arises, could Hebrews have also been a "sermon"? I have argued such in my book The Authorship of Hebrews: The Case for Paul. I am not the only one. Andrew W. Pitts and Joshua F. Walker published an extremely important essay in 2013, the same year my book appeared. Their essay is titled, "The Authorship of Hebrews: A Further Development in the Luke-Paul Relationship" (Paul and His Social Relations, eds. Stanley E. Porter and Christopher D. Land [Leiden: Brill, 2013]). They argue that Hebrews is "Pauline" in a very real sense, in that Paul's companion Luke took a sermon given by Paul in a diaspora synagogue and published it as a written text. They write (pp. 268-69):

Although Hebrews has been handed to us without an author, we have argued that both external and internal considerations suggest that Hebrews contains Pauline speech material, recorded and later published by Luke, Paul's' traveling companion.

The letter, in short, is Paul's.

Finally, I want to point out that Hebrews has always had a close connection in history with the Pauline Corpus, not the General Epistles. (Go here to see where Hebrews is placed in our early manuscripts.) The title of the book itself, Pros Hebraious, was probably coined on an analogy with the Greek titles of Paul's letters (for example, Pros Romaious). Thus, for David Trobisch, the title Pros Hebraious implies the name of Paul (The First Edition of the New Testament, p. 59). The fact is, the book of Hebrews always circulated in the early church as part of the Pauline Corpus. Both the canonical placement of Hebrews and its title Pros Hebraious indicate the compatibility of Hebrews and the writings of Paul. Why would the early church add Hebrews to the Pauline Corpus, and not only that, but in one very early manuscript (papyrus 46, ca. 200) put it next to Romans, Paul's chief epistle, if Hebrews was not already considered a Pauline writing? Precisely because the letter lacks important Pauline markings -- the author's self-identification, a designation of his intended readers, the customary salutation -- it seems that it would have been necessary to include Hebrews on its own merits.

If you read my blog regularly, you know that I think hermeneutics is a fascinating field of study. I also think it's filled with booby-traps. In the words of William Leonard, who himself doubted the Pauline authorship of Hebrews before examining the data, "Many indications are forthcoming that true progress very often means a returning to positions which we should never have left" (The Authorship of the Epistle to the Hebrews, p. 387). During my days in seminary and the first years of my teaching career, I held to the consensus view that Hebrews could not have been authored by Paul. Today I contend that there is strong (though not probative) internal evidence and solid external evidence for the Paulinity of this writing. My philosophy has always been to examine the evidence for myself, though I haven't always applied my philosophy consistently. I do, however, think it's important to be responsible. Examine for yourself both the internal and the external evidence. Then go wherever you believe the evidence is leading you. You might get hit in the head by a two-by-four, but it's better than simply going with the flow.