Offering What Nobody Wants

"You're offering what nobody wants." Those were the opening words of Ulrich Parzany's sermon at the annual conference of the Bibel Studien Kolleg (Bible Study College) in Germany a week ago.  Ihr bietet an was keiner haben will.

I see this every time I drive into town and pass a used car business with only one vehicle for sale in the lot. The same car has been there for months. 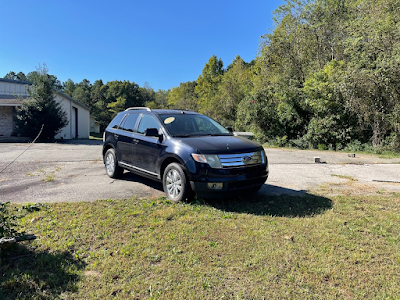 I oftentimes think I should stop and inquire about the car if only to express some pity for the salesman. It's not our job as Christians to save the lost. That's Jesus' work. Our responsibility is to begin the hard work of sharing not only God's word but our very lives with the lost. Lifestyle evangelism will never lead anyone to reconciliation. But don't think that our lifestyle doesn't matter. If our lives aren't filled with love, laughter, mercy, and hope, why would anybody want what we're offering?

This is a long-term investment. Expect the world to be skeptical. They see a church divided against itself. They see showmanship and sexism and racism. Or worse. I've grown weary of the infighting, of the excuse-making. We've forgotten that our job is to build bridges with non-believers instead of walls.

Ihr bietet an was keiner haben will.

It would be easier, of course, to beat the lost over the head with Bible verses. But in the end, we can't say the words without playing the music. This is the challenge we must each face individually: Do I have something others will want? And if the answer is yes, then let's offer them the real deal by living out our faith in very everyday, ordinary ways. If we're truly salt, we need to get out of the salt shaker.

P.S. The Bible Studien Kolleg began as the Bibelschule Bergstrasse in Seeheim, a ministry of Greater Europe Mission. This was where Becky and I spent three months in 1978. Its new president at the time was Wilfried Reuter, a well-known and much-beloved German evangelist and musician. Later he would translate for Billy Graham at the 1993 crusade in Essen. 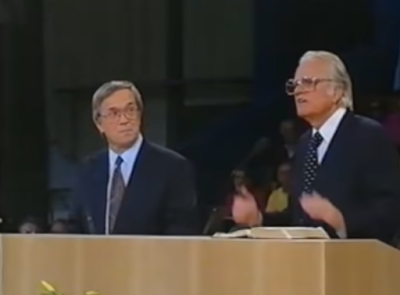 What I loved about these German believers was their passion for lifestyle evangelism. They sought to penetrate the non-Christian community not only with the message of God's love and saving power but through loving their neighbors sacrificially. That's why Christ told us that his life was an example for us. By following it and being faithful to that model, others are bound to see Christ in us and, hopefully, be drawn to him.