Much appreciation to my former Ph.D. student Mel Winstead for putting together this group of essays. 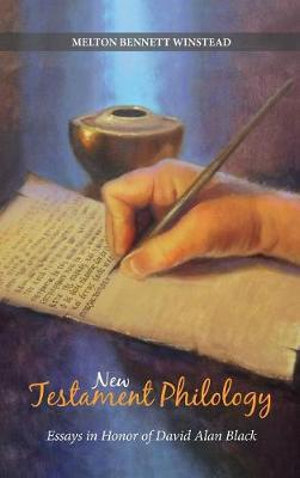 In our Advanced Greek Grammar class on Tuesday we're doing a deep dive into one of the essays -- Mike Shepherd's piece on the contribution Hebrew makes to the study of the Greek of the New Testament. 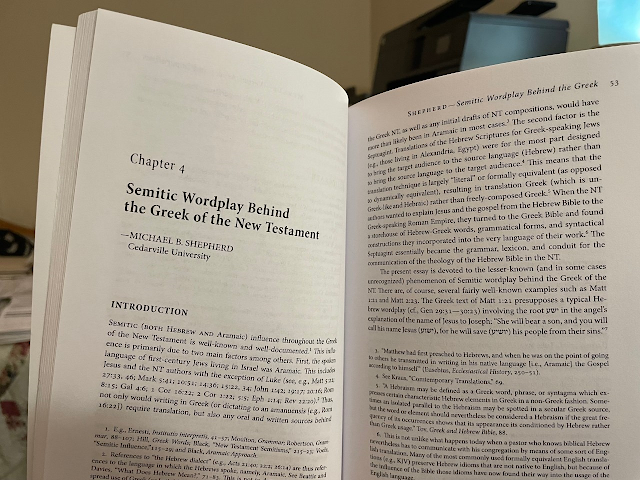 That's right -- Hebrew. That's why I own three Hebrew New Testaments. We do our Greek students a tragic disservice when we falsely detach them from the Jewish milieu of the New Testament documents. What kind of disciples are we making when our students enter the real world ill-equipped to connect their Greek studies with their Hebrew studies and unable to make sense of the Hebraic world in which the New Testament authors lived? Scanning my bookshelves I see about a billion books on New Testament Greek but hardly anything on the role that Hebrew plays in interpreting the New Testament. So thank you, Mike, for providing us with this balanced and provocative look at a very overlooked subject. Mike concludes:

Not only is it imperative to know Hebrew, Aramaic, and translation-Greek in order to understand the grammar, syntax, and semantics of the Greek NT, but it is also important for the exegete to look for potential Semitic wordplay behind the Greek text.

I could not agree more. (That's why I published an essay called New Testament Semitisms in The Bible Translator back in 1988.) To take only one example from Mike's essay, the wordplay involving Jesus' naming in Matt 1:21 "does not translate into Greek (or English)":

You are to name him Yahweh saves, for he will save his people from their sins.

Again, this is just one example. There is a surprising harvest in the rest of Mike's essay, a treasure trove awaiting discovery. It's like what Jesus told us about the kingdom of heaven -- it is small, hidden early, but surprisingly revealed later. All the little moments in the classroom count, fellow teacher. Every small piece of wisdom you offer matters, even if its results are invisible for the time being. You might not see any results at all, in fact. But just you wait. You'll be surprised at the generation of Bible students you helped to raise.

P.S. You might also enjoy these essays in this volume:

Victor Rhee, "The Role of Chiasm for Understanding Christology in Hebrews 1:1-14."