In today's blog post I wanted to show you that I am indeed capable of talking about subjects other than running. I never liked blogs that were single-focused anyway. I'll start by calling out Mark Zuckerberg for incorrectly defining the Greek word meta as "beyond." "Zuckerberg," reported CNN, "who said he loved studying classics in school, said the name was inspired by the Greek word meta, which means 'beyond.' 'For me, it symbolizes that there is always more to build.'"

Sorry, Mr. Zuckerberg, but if meta means something other than "with," it means "after" or "behind."

The word you're looking for is huper. Just sayin'.

Then this morning I had to take my van into the Honda dealership in South Hill for an oil change, and while there I decided to grab a cup of coffee at the Bojangles across the street. And who should sidle up to the table next to me than an elderly couple dressed in Amish clothing. After they had eaten, I greeted them and we began to chat in High German. We could understand each other reasonably well, but when I learned that they hailed from Bern, Indiana, I switched over to Swiss German, which they spoke fluently. They were a delight to talk with. I also met their driver Nancy. I learned that they had just attended a wedding in Virginia and were now on their way to Virginia Beach to stick their toes in the Atlantic and then on to DC to visit the monuments there. Sometimes such conversations turn to spiritual things, but even though that didn't happen today I was glad to have been able to welcome this couple to my state of Virginia and assure them of my prayers as they continued their trip.

After they left I watched a wonderful interview with Billy Graham at Gordon-Conwell Seminary.

As the interview progressed, I was reminded of just how dependent Billy Graham was on God to open doors of ministry for him. He told of his four visits to Russia, each of which had been sponsored by -- believe it or not -- the Russian Orthodox Church. He spoke in one orthodox cathedral after the other "and would preach the gospel as straight as I knew how." After one of his messages, the Orthodox Patriarch of Russia himself invited Graham to return to Russia and "teach our students and our ministers how to preach like that. That's the kind of sermons we need. We need to know how to know God and how to talk to God and how to have a new heart and a new life." So the next year Graham held a "School of Evangelism" at the University of Moscow with 5,000 Russian clergy in attendance. Then, in the Lenin Stadium, Graham held a great crusade where hundreds came to know Christ personally.

I almost started sobbing when I heard that. How can you not love what God is doing among the Orthodox people of the world? I recall one of my own trips to Armenia, where the Orthodox Church is very influential. I had been asked to teach at the Baptist Seminary there. But while I was there the Orthodox Seminary got wind of my visit and invited me to lecture to their students as well. 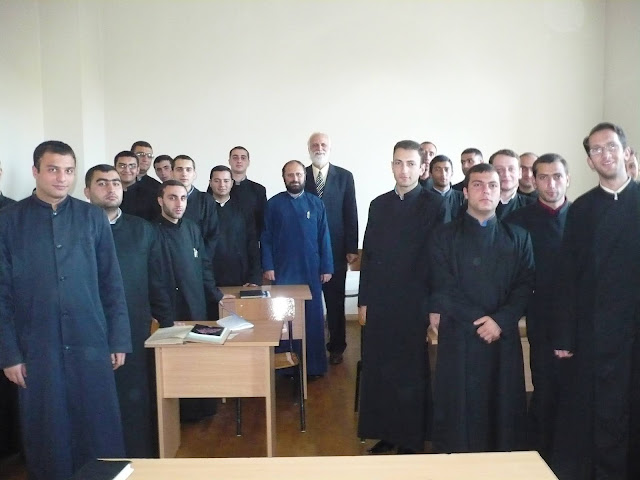 If that wasn't amazing enough, on that same trip someone arranged for me to give a lecture on the subject of Greek morphology in the Linguistics Department of Yerevan University. 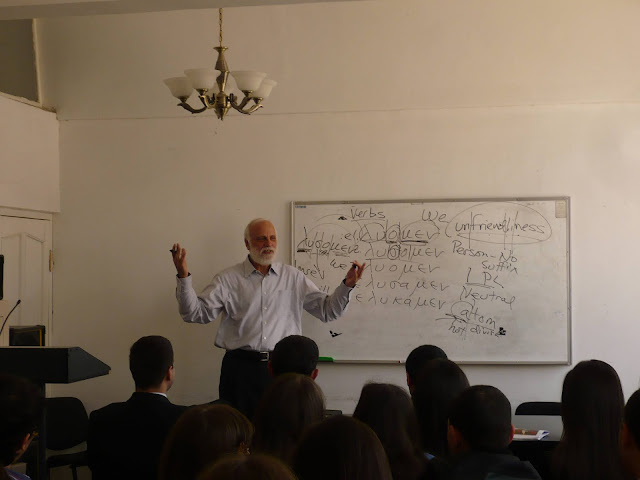 The passage I chose to illustrate the way morphology works in Ancient Greek was John 1:1, with its explicit reference to the deity of Christ. How is it that a trip to teach evangelical believers in a Baptist seminary led to speaking engagements with Orthodox students as well as with men and women who were studying linguistics (many of whom came from neighboring Iran)? Rarely have students paid more careful attention, even when I shared with them about Christ. 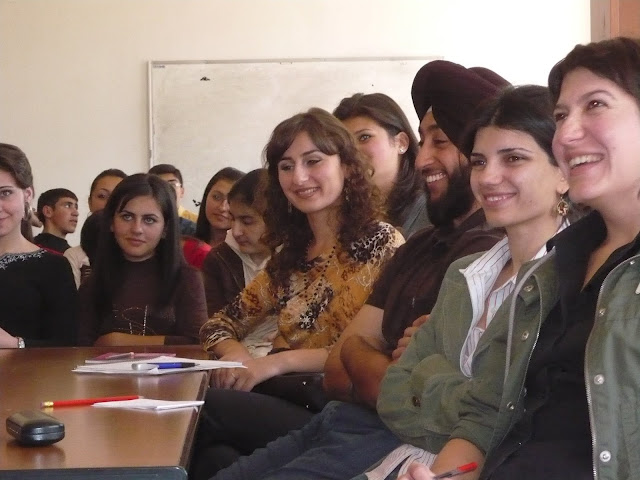 You know this already, but let me remind you that the Christian life is simply walking through the doors of ministry the Lord opens to you, and some of these doors will seem unbelievable.

Billy Graham was an extraordinary man, of course. But that's not to say we shouldn't learn valuable lessons from his life. We consult the exceptional among us to inspire our lives, ordinary though we may be, by displaying to us their potentialities as well as their vulnerabilities. Men and women like Graham guide us, warn us, fire our imaginations, and remind us that we too have a calling of God to pursue. John Glenn, the first American to rocket into space, defied conventional wisdom when he asked to return to space at the age of 77. By passing the same physical he took 36 years earlier, he won a place aboard the shuttle Discovery and shook up our stereotypes about aging.

Here's what I know: Life isn't about success and money. It's about trying to find ways to put what you know to work for the Lord. That's why we need to retire the word "retire."