Hey peeps! Yesterday, rather than writing all day, I decided I'd drive up to Dahlgren, VA to do some sightseeing before today's race. Here's the home of Henry "Light-Horse" Lee, one of the signers of the Declaration of Independence and the one who famously said about George Washington, "First in war, first in peace, first in the hearts of his countrymen." 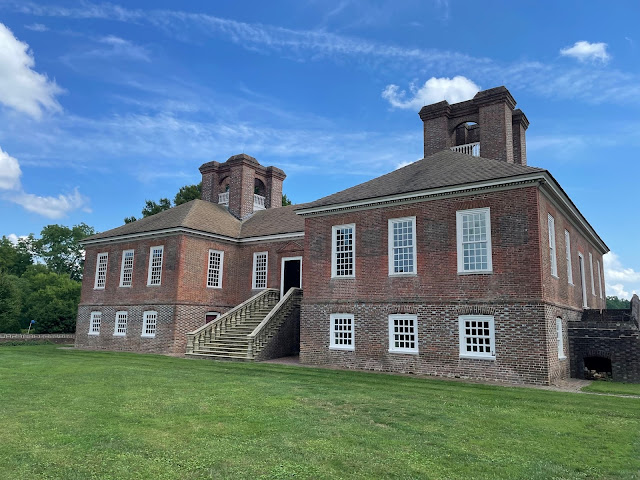 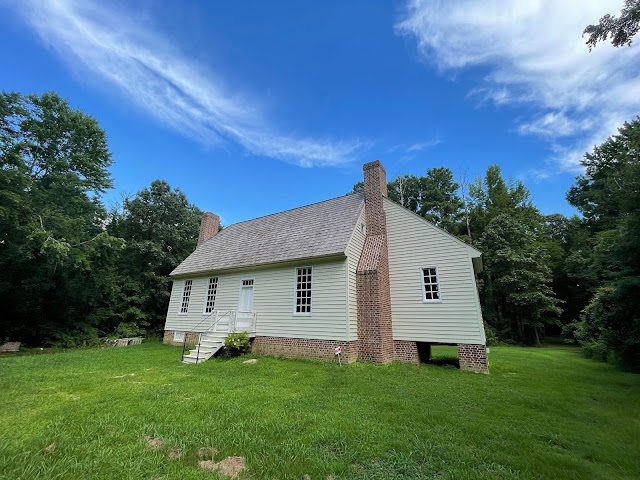 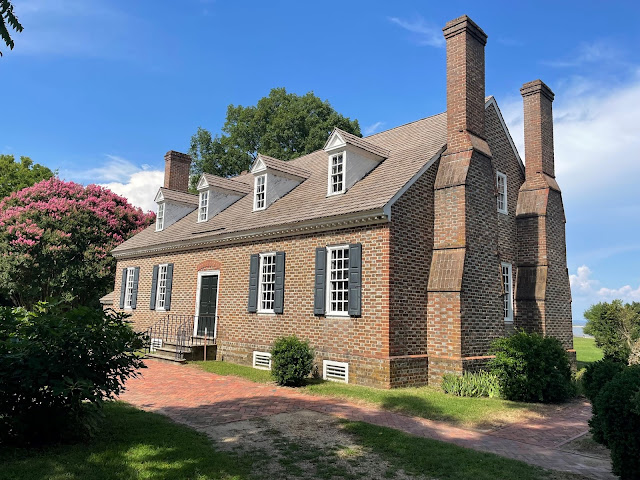 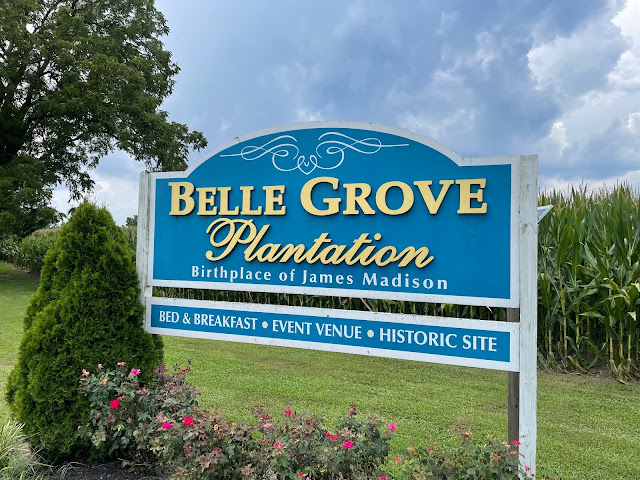 Imagine staying here rather than in a Hampton Inn, and the rooms cost about the same. 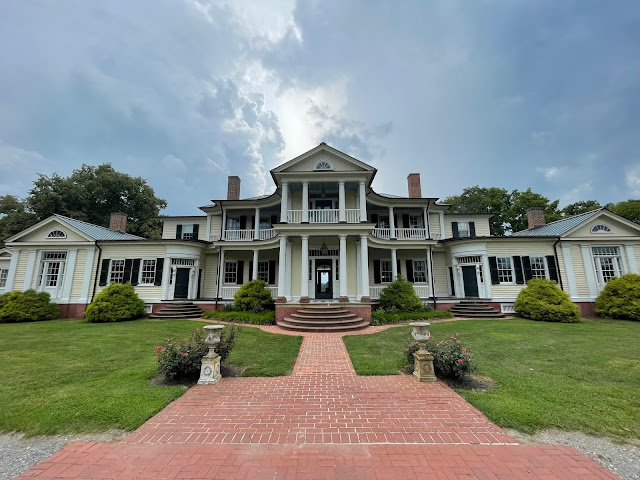 The mansion was built in 1791. I slept in the Conway Room, which featured a rare 1830 queen bed, a separate sitting room, and a gorgeous view of the Rappahannock. 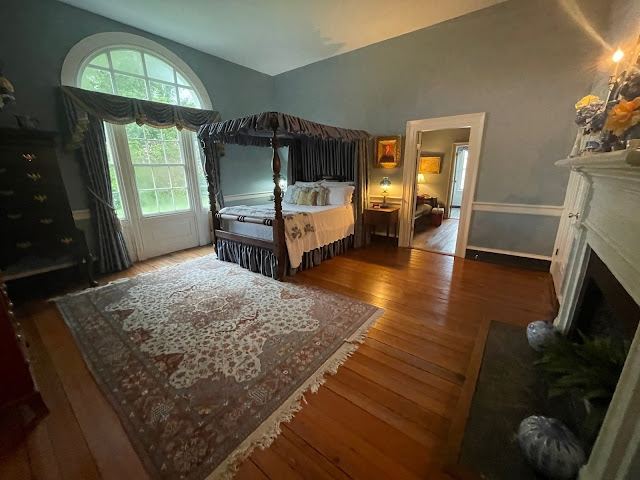 However, I spent most of my time in the house in their well-stocked library, perusing biographies of  famous Americans. 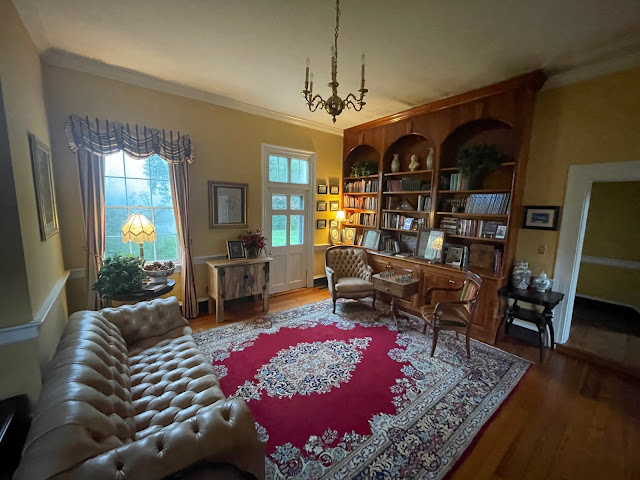 It was sad to have to leave Belle Grove this morning, but I had a mission to accomplish. A group of about 200 of us began the half marathon right at 7:30. 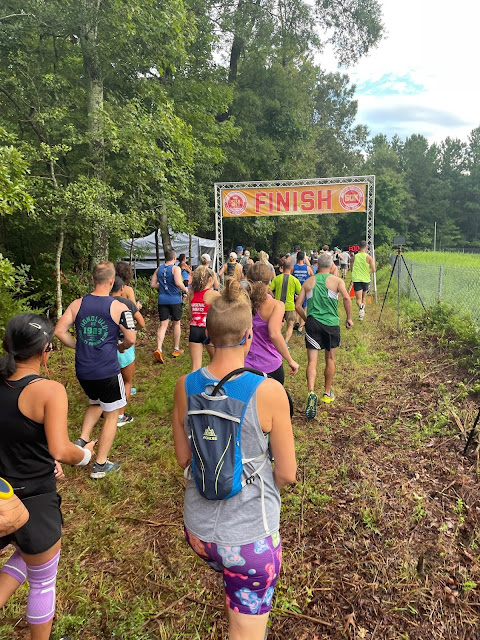 I wasn't too sure what the trail conditions would be like. After all, last night we had a huge downpour that lasted a couple of hours. As you can see, some of the trail was a single track. 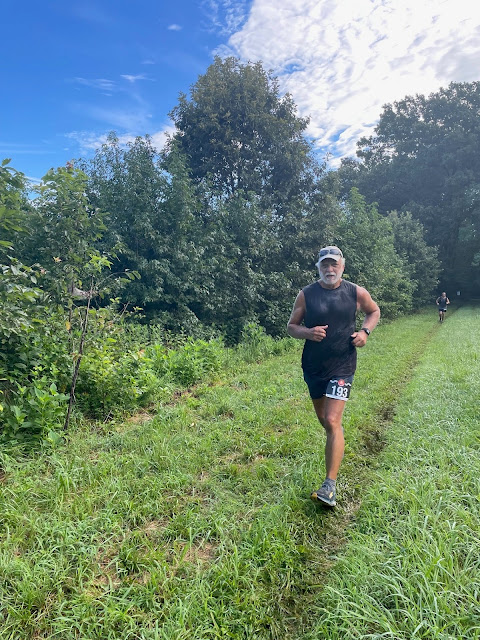 Then there were parts that were made out of crushed gravel. 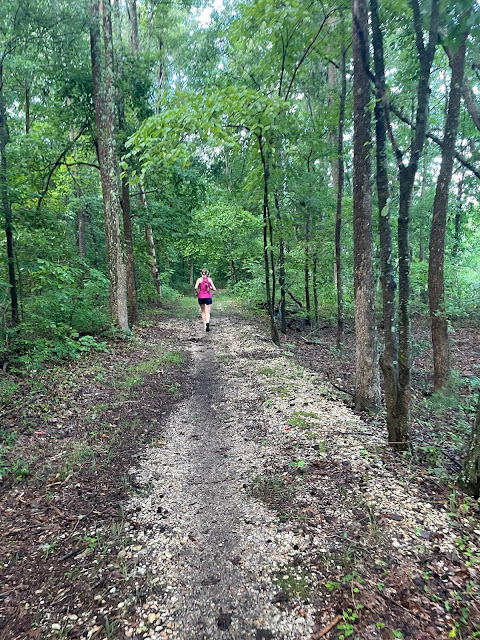 Did I mention we had rain last night?

At some points the trail was washed out. 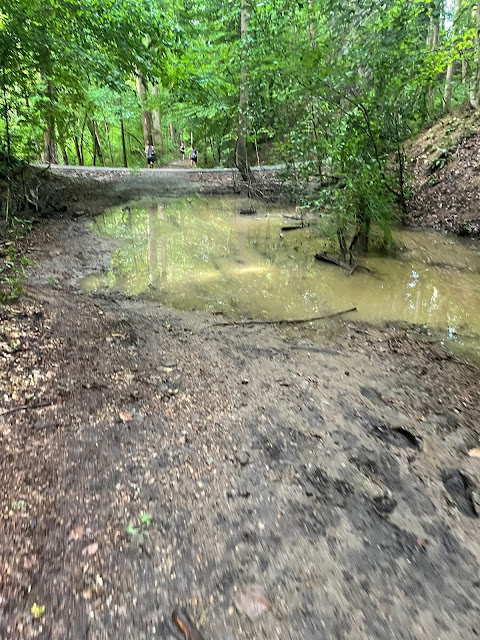 But let me clarify something. We don't run because it's easy but because it's hard. Normal people like you and me can do just about anything, and suffering by choice has a place in making us better and stronger, and we can actually have some fun along the way.

My goal today was to come in under 3:00 hours. Just missed it! 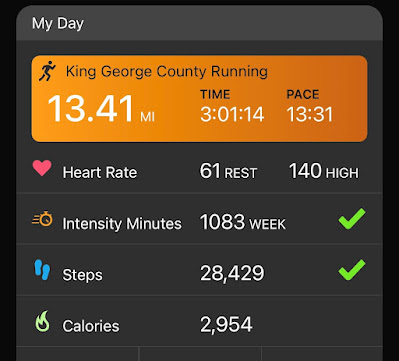 Makes me think of the words of C. K. Chesterton:

I am overwhelmingly thankful to God for the gift of running.