Devil's Den 10-Miler Race Report (and a Nod to Activism)

After having an absolutely great week, I wasn't sure the weekend could get any better. It did. Yesterday I took my time driving to Culpeper. After all, there's so much history around here. Eventually I arrived at my destination -- this lovely B & B about 15 miles outside of town. 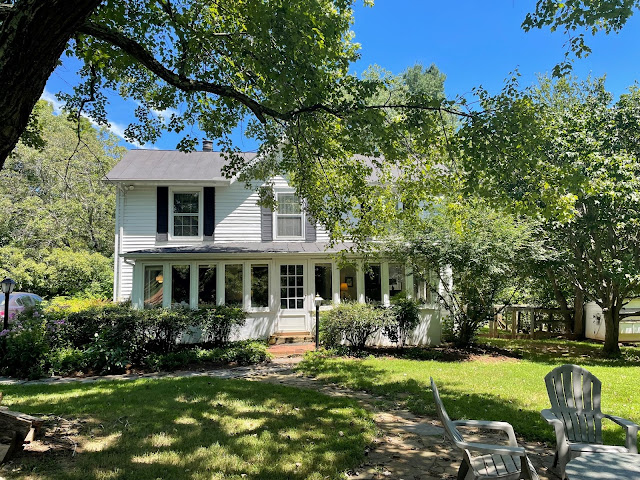 It's run by a retired couple. The husband is a master chef who used to work in the Reagan White House. I relaxed by the pool while he prepared a gourmand's delight for supper. 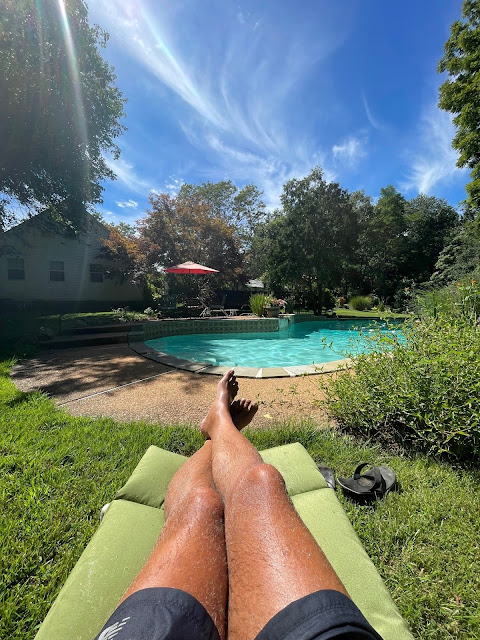 Seeing that he was from Austria, I had requested Jagerschnitzel with Spaetzle. It was fabulous. After the race today he prepared a delicious breakfast for me. 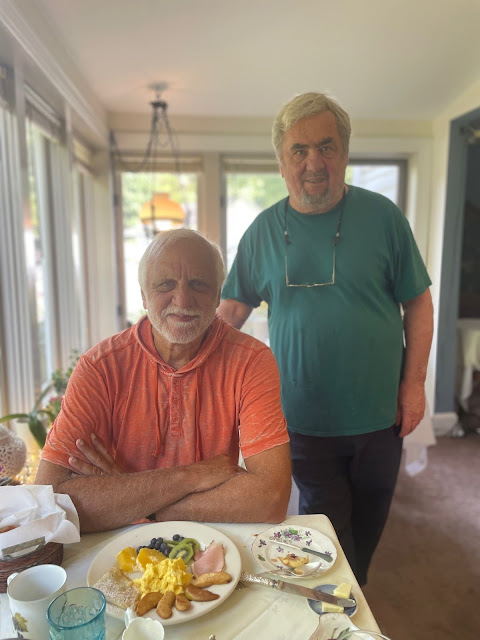 Peter also used to be a chef in the Swiss Foreign Office in Kenya, so we had a lot to talk about (in German, of course).

This morning dawned with cooler temps and a partly cloudy sky. There was an initial traffic jam at the starting line. 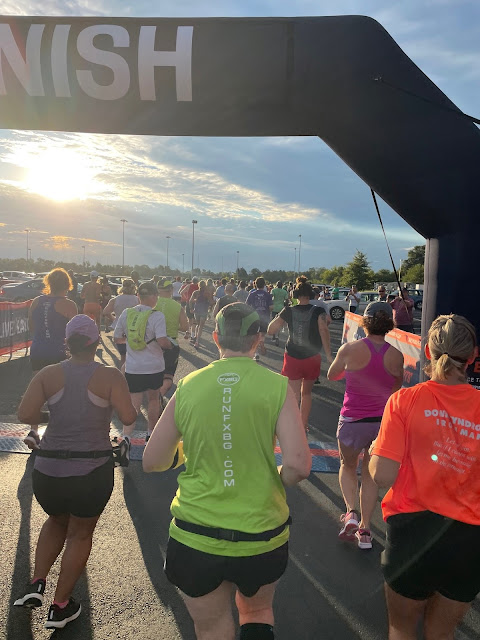 Soon enough, however, runners were spread out all over the 10 mile course. 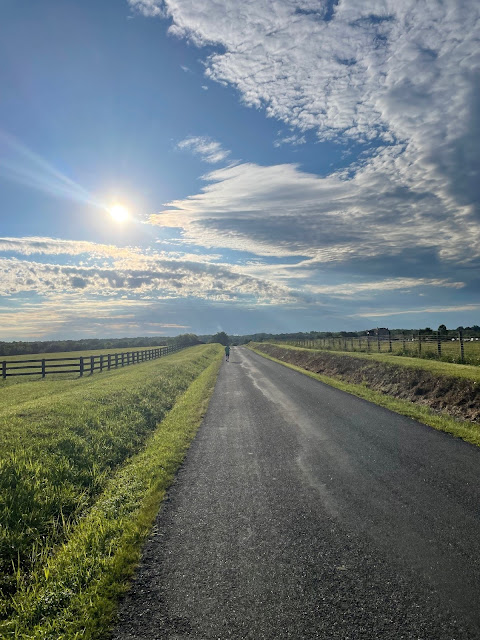 It was nice to have aid stations every 2 miles. These guys and gals are always the true heroes of any race. 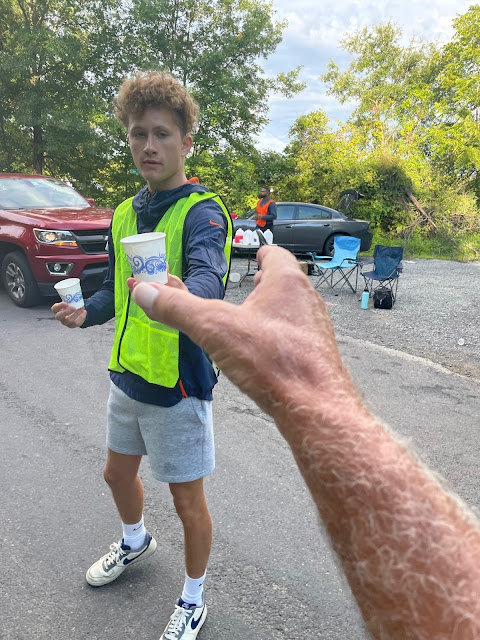 I smiled when I saw this sign. Whoever the owner is, he's definitely a man after my own heart. 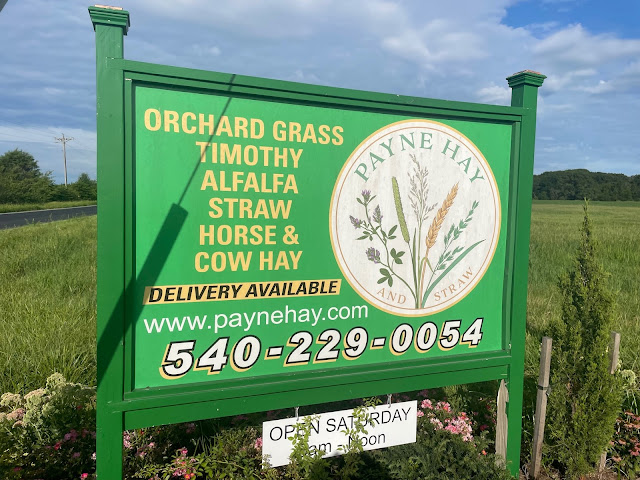 Here I am at about mile 9, still feeling good. 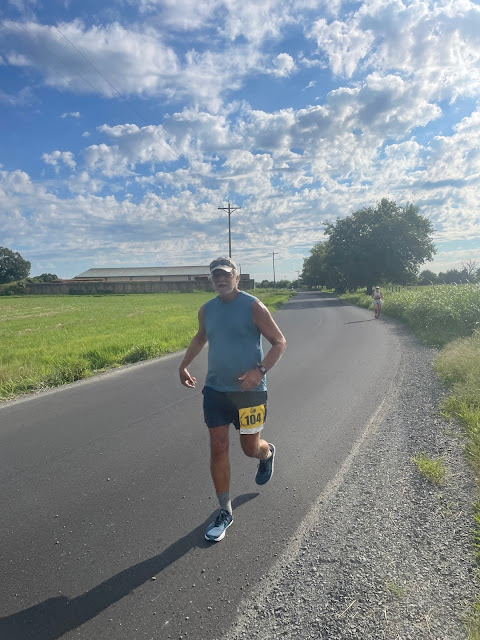 I didn't PR today, but I was very happy with my time. 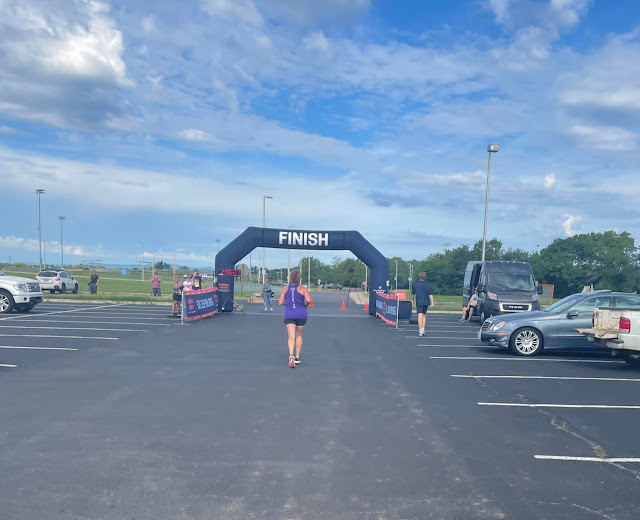 I forgot to mention that the race ran alongside the Brandy Station Battlefield, the site of a famous calvary fight on June 9, 1863. It was the largest cavalry battle of the entire Civil War. The rural nature of the battle means that much of the battlefield looks the same as it did 159 years ago. 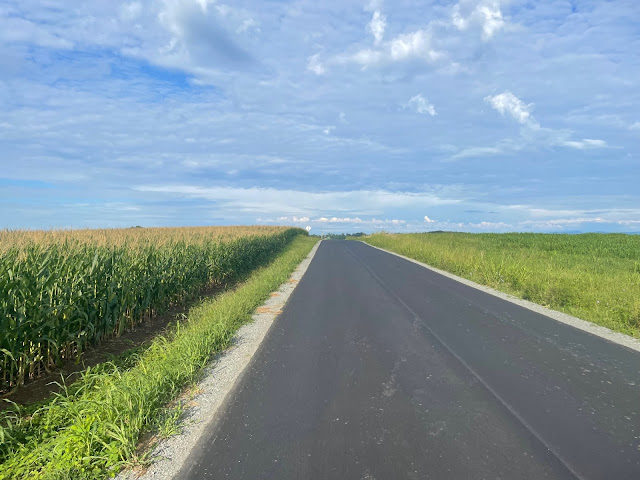 Everywhere you went you saw signs opposing a proposed data center that would expand across 350 acres of prime farmland and install 100-foot tall power lines over the residences. Understandably, the people are up in arms (not literally, of course). Oh my. Activism. Seriously? Like, who does that? How about moi? I recall my high school years when I was a huge supporter of the SOS organization -- "Save Our Surf" -- in an effort to save miles of surfing sites on Oahu. Ain't nothing like a little community action, eh? We were largely defeated, though we did have a few small victories. The next time you surf the Ala Moana Bowl -- the "Pipeline" of the South Shore -- you can (partly) thank a lanky 16-year old kid from Kailua.

As I said, it was a great week -- and weekend. I love being around people who are committed to what they are doing. I absolutely abhor sandbagging, yet it's so common for us humans to do. We don't want to show up to compete so we make excuses. One thing I like about races is that when runners show up they give it their all and finish wherever their body takes them. They are always such an inspiration to me.

Next weekend, Lord willing: My third and final triathlon of the year in Wake Forest.