The Logic of Language

One of the things that's so interesting about teaching Greek is dealing with the logic behind that language and any language for that matter. We might call these "archetypal characteristics." Human language has a logic and a pattern to it. We as humans deep down understand this to be true even though we aren't necessarily able to articulate them. But the moment you hear them you think to yourself, "I knew that. I knew that, I just didn't know how to verbalize it."

In Greek 2 we are at that very exciting point in our study where students are arriving at this critical juncture in their learning. 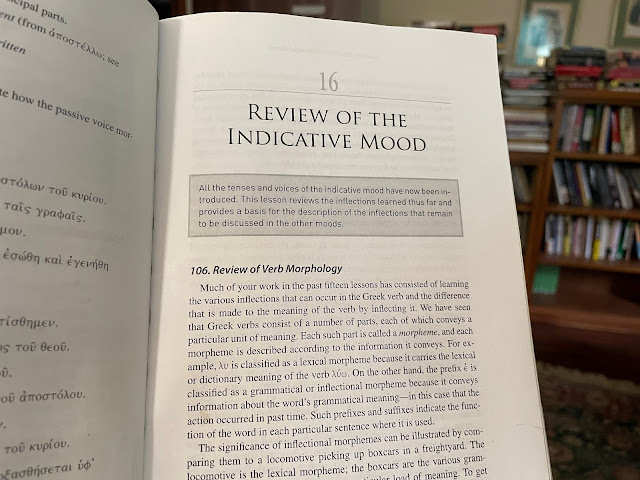 Their brains already know how the Greek language works, but they don't have the words to explicate it. And so when people talk to me about what they like most about my writings -- be it on the synoptic problem or the authorship of Hebrews or textual criticism or adolescentism or Greek grammar -- they often say something like this to me: "When you write, it's as if you're telling me things I already know." Even though I taught Markan Priority for years, I knew it was wrong --  instinctively wrong. It was completely counterintuitive to think that our earlier written witness to Jesus' life and ministry was created in Rome in the 60s -- by a non-eyewitness at that. That's just one example of what I am talking about. You adopt the party line. And then the light goes on.

As a Greek teacher, you couldn't hope for anything better than that. Students see for themselves just how beautifully and wonderfully made the language of the New Testament is, down to the most basic morphemes and phonemes. 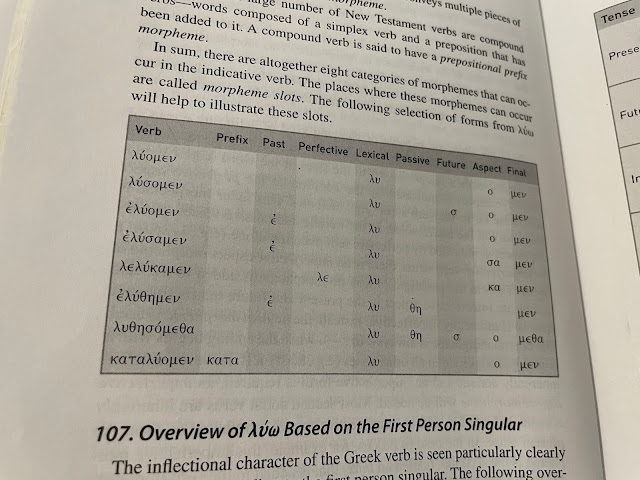 When somebody says, "Dr. Black, I finally see how this all holds together" --  my word, the power of that. You can't overstate the wonder of that moment when individuals capture that insight. It's a lovely thing to see. I see it in their eyes the moment the light comes on and they say, "I get it!"

That one moment of discovery makes our profession completely and eternally worthwhile.