Westcott and Hort on the "Original" Text of the New Testament

I hope you will consider attending the Clearview Apologetics Conference next month. There will be a great deal of discussion as to whether or not we can still refer to the "original" text of the New Testament. I, for one, am very happy with that term, a term that has become hotly debated.

To prepare myself for the conference, I have been rereading Westcott and Hort's classic introduction to their Greek New Testament. 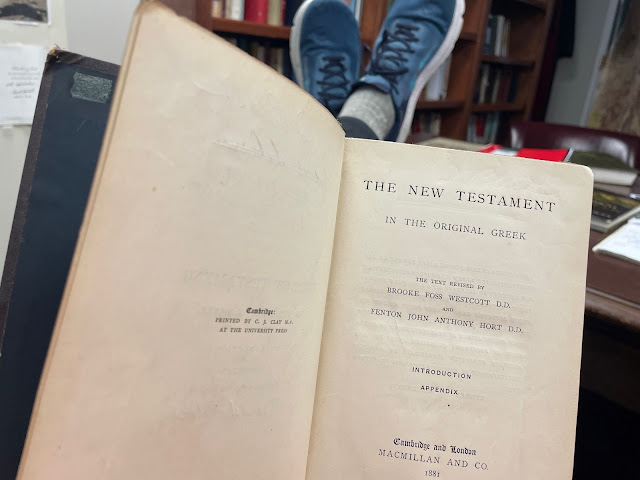 It was published in 1881 and took the scholarly guild by storm. Interestingly enough, here is the very first sentence of that work:

This edition is an attempt to present exactly the original words of the New Testament, so far as they can now be determined from surviving documents.

No surprise, then, that they published their work under the title The New Testament in the Original Greek. This is not hubris on their part. They believed in their method of textual criticism so deeply that they felt that the result of their efforts was the recovery of "the original words of the New Testament."

That goal is still valid, in my humble opinion, and I will argue as much during the conference. It doesn't matter how many drafts of, say, Romans were produced by Paul. The moment he released his final draft to the public for general circulation and copying, we can say that we have Paul's autographic text of Romans. The only question that remains is: Which approach to textual criticism is most likely to help us recover that text?