The Lies of the Devil

Becky and I were still living in Switzerland when I took a train from Basel to Walzenhausen on Lake Constance to speak at the local Bible school there. My topic was, "Can We Trust the Bible?" During the three years I was enrolled in my D.Theol. program, I had become increasingly aware that there was an emerging number of problems with the European church. Many theologians were not only seriously departing from the faith but were influencing ordinary Christians to do the same.

If in 1983 you were to ask me what the top three lies of the devil were, I would have answered:

3. The Bible is merely the word of man.

Today I would add a fourth:

4. God did not create man as male and female.

It all comes down to the question of revelation. Has God truly revealed himself? And if so, can we have access to what he reveals? Is Sacred Scripture a reliable witness to who God is and his will for us? And how are we as Christians to approach the interpretation of Scripture? Even Evangelicals seem confused about such matters. If we continue to edit the word of God to suit our cultural preferences, we are in danger ourselves of being cut off for not obeying the Savior's command to teach everything he has revealed to us.

We need to recover our confidence in the truthfulness and reliability of Scripture. It's just that simple.

In much of Europe, Holy Scripture is considered to be nothing more than a set of ancient documents, devoid of any supernatural significance. How tragic. We should devour and treasure God's word as our most precious possession. It must become again our sole authority in matters of faith and practice. Nowhere in the New Testament do we read of the church frantically trying to accommodate the secular world all around it and its new trinity of me, myself, and I.

The only church practices that can be pleasing to God and beneficial to the church are those which first distinguish between New Testament teaching and ecclesiastical tradition and then subject the latter to the former. There is no middle ground. There never has been. As theologian Donald Bloesch would say, "The Christian way is not the 'middle way' between extremes but the 'narrow way' between precipices." 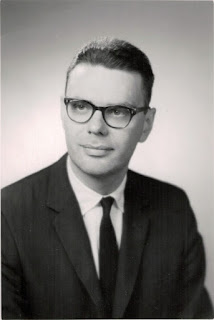 Never has this been more true.