Today's run was an easy 5-miler. Here is what my runs look like in case you forgot. 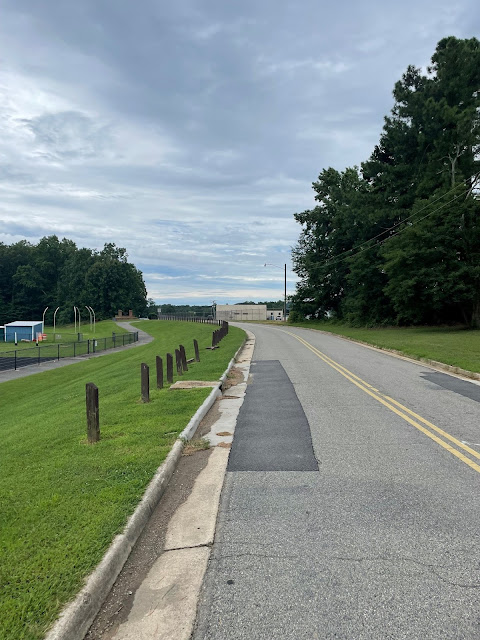 Runners are sometimes asked, "What do you think about when you're running?" For me, the answer is usually, "A lot." Today I thought about two matters that are very much on my mind these days -- what I will say at the apologetics conference on the "original text" of the New Testament (since for some reason this seems to be debated today), and what I will write in my chapter on the Anglican Church, and especially its view of same-sex marriage, in my book about the kingdom of God. These are two very meaty and important topics in the modern-day church. We shouldn't live in a society where there's even a discussion about these topics but we do. I believe the Anglican Communion today is about 80 million strong, and about 60 million of them take an orthodox view of matters of human sexuality. Perhaps 98 percent of African Anglicans are opposed to same-sex relationships and this is partly due to the fact that when you promote homosexual marriage the Muslims have a very strong reaction which they think is morally justified by our moral deviancy. I have seen this firsthand in my many trips to Ethiopia. Perhaps the day will even come when the AC will prescribe clergy to celebrate homosexual marriages. This is one reason why Anglican conservatives feel the need to separate from the whole Canterbury-driven progressive pansexual agenda.

This is a fight that won't go away, and not just in the Anglican Church. John Paul II (whom I will be writing about in my chapter on Roman Catholicism) once said he felt that the decisive battle between the Lord and the kingdom of Satan will be about marriage and the family. He said that anyone who works for the sanctity of marriage will always be fought and opposed in every way. Progressives in many of our denominations are giving way step by step to the progressive agenda. The progressive agenda is a triumph of the therapy culture in which we look to God only for unconditional affirmation without the salvation and transformation of the gospel. Every liberal progressive agenda begins by being permissive and ends up being prescriptive.

The conservatives are fighting this every inch of the way. However, in some denominations, only a handful of orthodox leaders have made and are making a difference by standing rightly for the faith against the siren call of culture and political correctness. In many denominations, you have the Somebodies and the Nobodies, with the Somebodies moving their church body away from its orthodox moorings but not being confronted about it since they are untouchables. I think there is still a window open for the body of Christ where, if enough of us are willing to repent of our infidelity to the word of God, he may yet spare us from more devastating correction. And even if the whole church of Jesus Christ can't be healed, we can pray that a remnant will continue in his service no matter what storms rage all around them.

But I need to stop and do my farm chores. I'll leave you with a question: Do you realize that the more you put things off, the bigger the snowball becomes and the harder it is to just start?