People sometimes ask me what I think of Jordan Peterson. 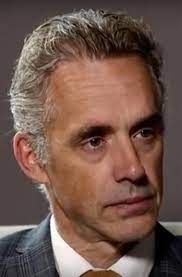 I like him. The man's intellect is surpassed only by his courage. I love it when he gets emotional. That's how you know he's real. I suppose the main reason I like him is because he is constantly telling people to embrace responsibility. That's an extremely bold and amazingly true statement to make. I'll just say this: every time I hear Peterson speak, I'm reminded of a famous quote by C. S. Lewis:

Of all tyrannies, a tyranny sincerely exercised for the good of its victims may be the most oppressive. It would be better to live under robber barons than under omnipotent moral busybodies. The robber baron's cruelty may sometimes sleep, his cupidity may at some point be satiated; but those who torment us for our own good will torment us without end for they do so with the approval of their own conscience.