Off to run the Devil's Den 10 Miler in Culpeper. I might also try and get by some battlefields while I'm in Northern Virginia.

There are, in fact, two Virginias. When I think of Northern Virginia I think of Silicon Valley. If NoVa was its own state (including Fairfax, Loudon, Prince William, and Arlington Counties), it would rank #38th in size. Land in DC and Maryland is so constricted it only made sense for the population to expand southward. The good: Lots of jobs (and Ethiopian restaurants). The bad: Lots and lots of traffic. SoVa, by contrast, is largely rural. Think Food Lion versus Harris Teeter. The pace is a lot slower, and I don't see very many cars on the roads. I actually feel right at home in both environments.

As I said, the race is called a 10 Miler. A mile for each finger -- what could be easier? The 10 Miler is perfectly situated between a 10K race (6.2 miles) and a half marathon (13.1 miles). If you train right, a 10 Miler will mean increased fitness as well as faster times in your other races. I think of it as a truncated half.

The most famous 10 Miler in the US is probably the one I have now completed 4 times. It's in Lynchburg, VA, and it's called the Virginia 10 Miler. It achieved its fame with the legendary dead heat between Frank Shorter and Bill Rodgers.

Lynchburg is a lovely area in SoVa. What's not to like about the Blue Ridge? Plus, the best barbeque in the entire state is found here. I set my 10 Miler PR here in 2019. 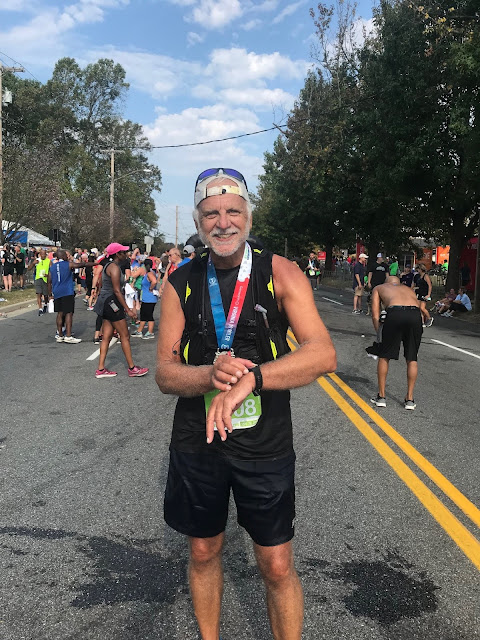 That was a blessing from the Lord for sure. 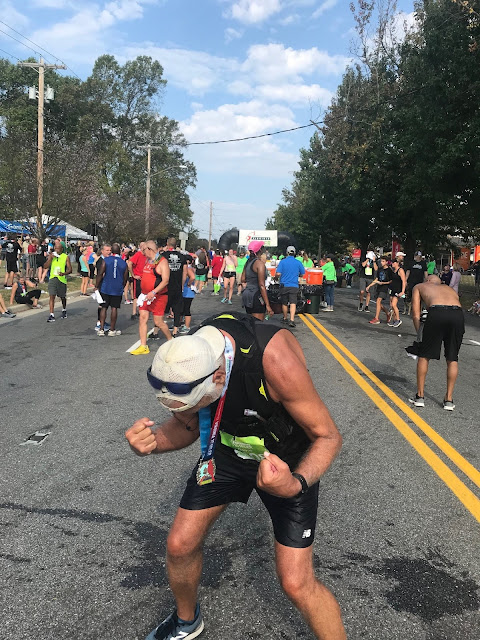 At the end of the day, though, a race is only a race. What we do from day to day is what really counts. Like racing, we should all live with passion and enthusiasm. We don't have to get a PR every day, but we should be committed to giving everything we do an honest effort. Just jump in with all your heart and give it everything you've got.

Blessings to all of you whatever you are doing this weekend!