Very eager to begin my Advanced Greek Grammar course in a couple of weeks. Here is the assigned reading for week one:

As you can see, I still require my students to read A. T. Robertson's A Grammar of the Greek New Testament in the Light of Historical Research. 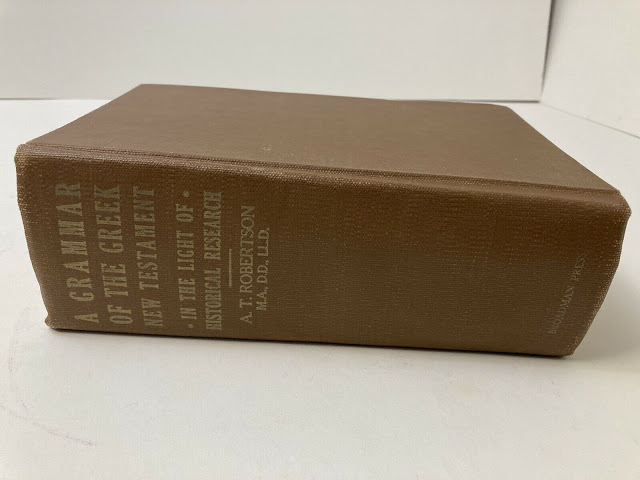 Originally published in 1914, it's affectionately known as his "Big Grammar" and is a classic. It's also severely out of date. But for its day, it was perhaps the most linguistically-oriented book on the market.

It was, I think, about 25 years ago that I was asked by the publisher if I would consider revising Robertson's grammar. I didn't have to think before I said no. The fact is, anybody trying to revise the book would end up rewriting it because the whole field of Greek linguistics has developed so much since Robertson was alive. Did you know that Robertson himself set out merely to revise Winer's Greek grammar, not produce a new one? But he quickly realized that was not going to work. Hence the publication of his own, new work.

Coincidentally, Robertson taught Greek at Southern Seminary from 1890 to 1934. That's 44 years. I smiled when I realized that. 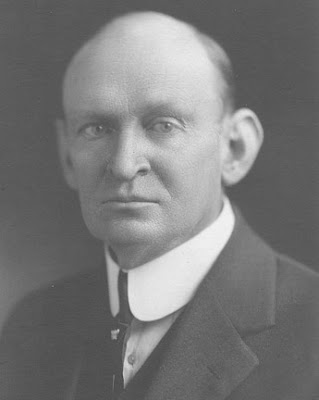 I'll leave you with a neat story. One of my former Basel professors, Oscar Cullmann, visited Southern in 1966. He told the students that, during a personal audience with Pope John XXIII, he noticed a copy of Robertson's grammar next to the pope's Greek New Testament. When Cullmann asked him why he was using a Greek grammar written in English, the pope replied, "It's the best one available."

And so it was, for its day.