Hey there. I'm here sipping coffee having just taken a 5-hour hot shower to recover from this morning's race. In the rain, mind you. I had to leave the house at 6:00 am and before I got to the bridge in Clarksville the rain had begun. 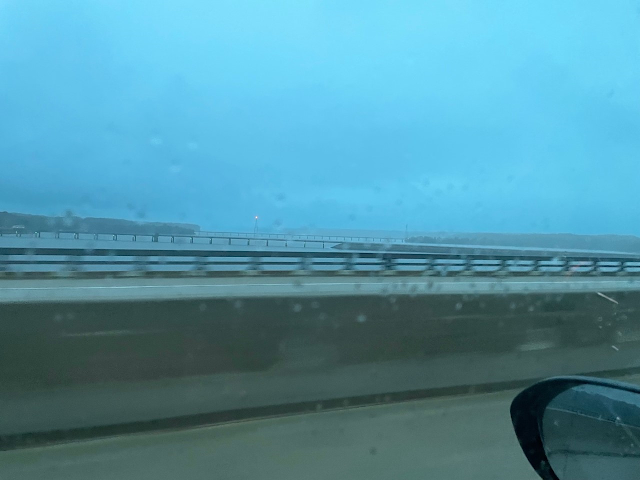 It seemed to let up the further north I drove, and when I arrived in Farmville it was only drizzling. But once the race started the rain started for realz. Here are some of the "thousands" of people who showed up for the first annual Longwood University Lancer 5K. 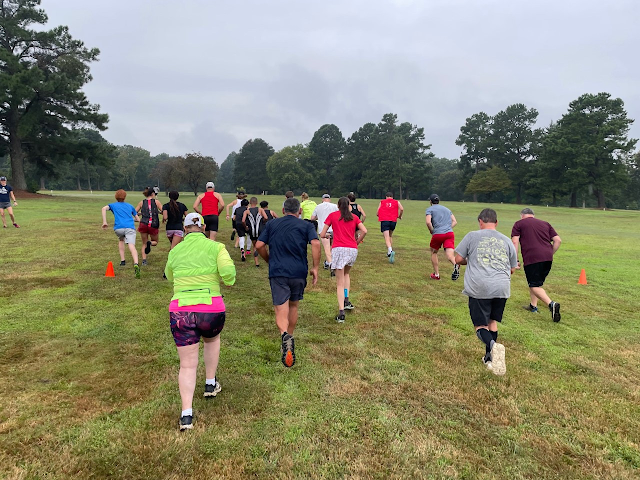 Actually, I like small(ish) races because nobody's a snob and everybody talks with each other. I'd guess I was the only runner over 50. Most of them were high school/college cross country runners. I talked to both the first and second place finishers after the race. They were the nicest guys. As for little old moi, I'm so proud of my 36:18 finish on a really challenging (meaning, hilly) course. (Did I mention we ran in the rain?) 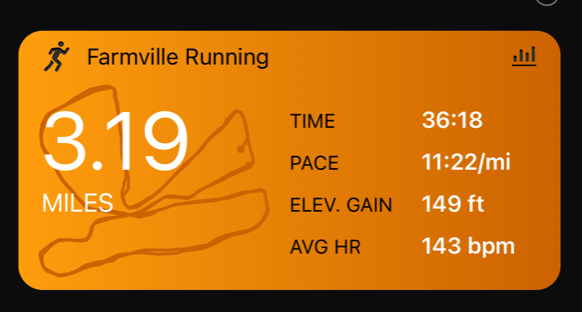 I am not a loop kind of guy and today's race consisted of two loops around a pond. My idea of Hades is coming around a corner and having to run up a 45-degree incline -- twice. HILLS. My running nemesis. Nothing a 5-hour hot shower can't handle, however. As for going out easy and running at a sane pace? Shoot, I ran metal to the pedal folks. Basically I just kept my head down the entire time and pushed. I did not look at my watch once.

You can't know how proud I am of our little running community here in Southside Virginia. As you can imagine, it's not exactly the most health-conscious region of the country. I tell people there are two cultures in America: The Harris-Teeter/Whole Foods, and the Food Lion/Bojangles. I definitely live in the latter. But that's a post for another day. Right now I need to cook me a late breakfast and then sit on the porch and listen to the rhythm of the falling rain.