Just back from the Y. My preparations for the race on Sunday are now complete. I will take tomorrow and Saturday off from training and allow my body to chillax before the tri.

My pastor at the College Church in California used to tell us young bucks, "It's better to be prepared and not called than to be called and not prepared. Just ask anyone in the Marine Corps." He was trying to impress upon us the importance of working hard on ministry preparation while we were in school. Likewise, when Billy Graham was speaking at a conference in London, he was asked what he'd do differently if could do his ministry all over again. He said he would have prayed more, and that he would have studied more and preached less. 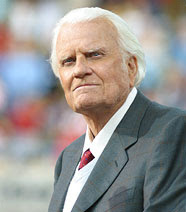 James said we shouldn't become teachers unless we are prepared to face greater judgment on that Day. That's a pretty daunting thought when you're about to enter the classroom again after the summer break. But frankly, people know when you are prepared and when you are not. They know when you're preaching from a reservoir of Bible knowledge or from the canteen of Saturday night. They can smell a fraud a mile away. The key to effective teaching and preaching is being simple without being simplistic. Sadly, it is often both.

I feel as prepared as I can possibly be for this weekend's tri. I know there's a chance I won't do well in the race, but it won't be because I wasn't prepared.