I've barely covered 30 pages in Robertson's Big Grammar and I've already encountered quotes in Latin, German, French, and Classical Greek. There are even English words I've never seen before (sinuosities?). Here's what he's covered in only the first few pages:

Here are a couple of classic quotes:

My copy of Robertson is falling part. Yes, the book is available as a PDF online, but I still prefer to touch real paper. This is a tough book to get through. But I can't put it down. 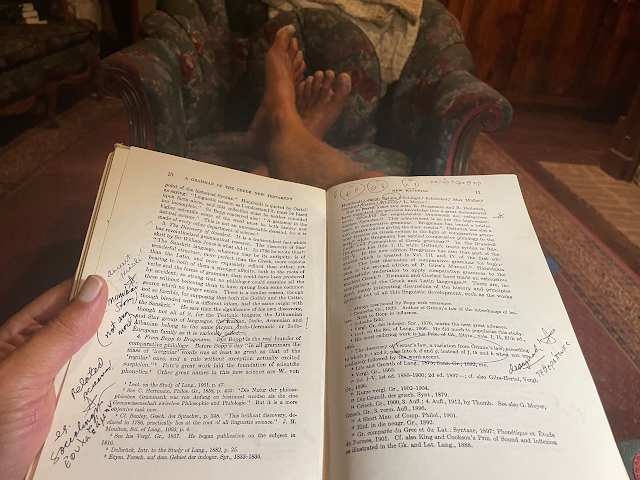