How's your week going? Mine's been splendid so far. But today, during my 5-mile LSD (long slow distance) run, I was struggling. 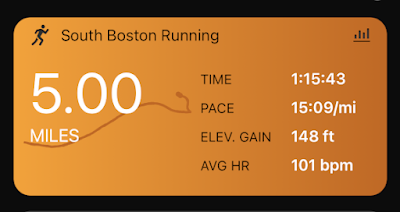 I had to make an important decision. Seems next weekend there's a race in Luray, Virginia, that offers you a choice between an olympic triathlon and a sprint triathlon. That's the matter I had to prayerfully ponder while running today. 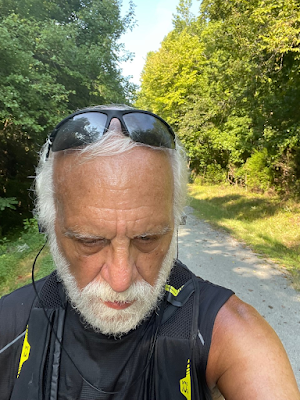 Yesterday I told you about my desire to dial it up when it came to my triathlon races. The 5 sprint triathlons I've done so far were all fine. Should I just opt to do another one next weekend? Or should I notch it up and go for an olympic distance event?

When I was younger (if you can believe that), I did everything 1,000 percent. I was wound pretty tight. It took bucket loads of activity to dissipate my energy. I always needed to be active. That's one reason I never golfed or played chess. I had to be in constant motion, and the faster the better. When I got my horses, I bought two hot-blooded breeds. My Arabian was always a handful. But I loved Cody. My Thoroughbred, who had raced in California before his retirement at the age of 6, knew only one gait -- a full gallop. After all, Traveler was bred to be one thing and one thing only: a lean, mean, racing machine.

In Hawaii, the waves could never be big enough for me. I was fearless though perhaps not very wise. But can a 16-year get hurt surfing? Are you kidding? For a teenager, life is an endless highway. Bring it on!

As I said, I've only got 5 triathlons under my belt. That's not very many. In addition, my first two triathlons were pretty much write-offs. My swim and run did fine, but the bike was a disaster since I was using a very slooooow mountain bike. After that experience I got a road bike and improved my times by a good 15 minutes. My last 3 tri's saw me make the podium each time, including this event in Garner, NC, where I placed second in my age division.

A lot has changed since then. I had a major injury last year. Races were canceled due to Covid. I couldn't swim laps. Sometimes life gets the best of you. Thankfully, that has turned around for most of us. Races are back, including triathlons. The pools have reopened. The time we spent resting has born fruit. We're ready to get BACK TO NORMAL.

I'm always paralyzed by decision-making. When it comes to race scheduling, it can be ridiculous. But I've made my decision. My next triathlon will be the: 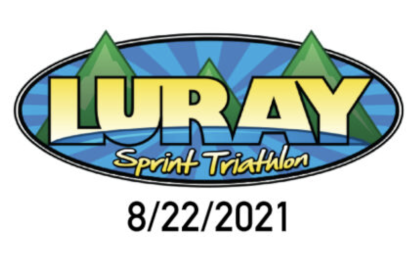 Bottom line: I resisted the temptation to let it all hang out and decided to play things conservatively. I feel at peace about my decision. I know I can always try an olympic triathlon later. But doing a sprint will help me assess my readiness level for that event. I personally think I still need to do more training before I can attempt the added distances of the olympic tri. We'll see.

Final thoughts. Do you ever struggle with decision making? Are you ever tempted to bite off more than you can chew? Do you forget that just being able to move is blessing enough and that you don't have to push the envelope each and every time you race? I am here to tell you that, if you're one who struggles with ADD like I do, or whatever you want to call a Type A Personality, you have to learn how to be patient with yourself. Learn to excel at what you are currently doing before taking it to the next level. Exercise thoughtfully. Eat well. Get enough sleep. Persevere. Be courageous, but don't be stupid.

Don't get all carried away, is what I'm tryin' to say. You don't have to be a rocket scientist to be an athlete. But a good dose of common sense (and prayer) helps.