Facing a DNF in Life?

It's called a "DNF." That stands for "Did Not Finish." Every runner gets at least one of these in their racing career. You never intended to drop out of the race but for some reason you absolutely had to.

Thankfully, I've been spared a DNF thus far. But you never know. Some of the lessons to be learned about ourselves are best learned as we push toward the extreme edges of our abilities. This is true of racing, but it's also true of relationships and careers.

As you know, I've been enjoying Chuck Swindoll's excellent book Church Awakening: An Urgent Call for Renewal. I have never seen Chuck more transparent than in this book. He acknowledges that he spent the first 10 years of his marriage trying to change his wife Cynthia. The fact is, he was destroying his marriage without even being aware of it. "I don't want you to keep telling people we're 'partners' because we're not partners," she told him. "I bear your children, and I cook your meals, and I clean the house, but I'm not really your partner."

Then came the clincher: "You've never accepted me for who I really am."

Ten years into their marriage they began some serious counseling that they both sought. Confesses Chuck, "I'll be honest ... we almost broke apart those first ten years. We didn't, though, because she stayed with me and stuck it out."

In other words, his marriage came that close to being a DNF. 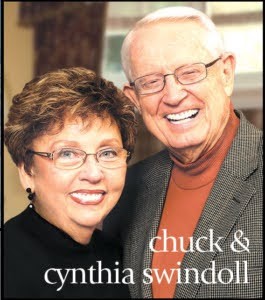 And what about Stonebriar Community Church -- the church Chuck started in Frisco, Texas?

Ten years into that church plant Chuck confesses that " ... those were the most difficult months of my five decades in ministry. Very challenging. Very stressful. Very painful." He adds, "I can't tell you the times that I was tempted to say, 'I'm out of there!'" Why not just take a DNF and move on?

"I didn't," Chuck writes. "I owe so much to Cynthia -- more than our marriage and our ministry. She has encouraged me by her example to hang in there when things get tough."

Now, here are Chuck's words for you and me. Read them carefully.

Some of you are on the edge of quitting something when you ought to stay. You're determined to live for Jesus in your marriage, but it's tough sledding. You pray for that child -- or that parent -- and nothing changes.... I urge you, my friend, hang in there. God is working even though you can't see it.

I've never regretted the times I did not quit a race. Many times it took all the grit I had to stay. But I'm glad I persevered. Even if you do fail, at least you've tried your very best.

Perhaps my hardest race was a 32-mile trail ultramarathon. I hit the wall at about mile 18. There was no way I was going to finish that race. Seven and a half hours after I started, I crossed the finish line. I began to cry. I cried because I had just completed a race I knew I couldn't finish. But I also cried for that 3-year old child who had lost his daddy to divorce. I cried for that 61-year old man whose marriage of 37 years came to an end through cancer. I cried for that 24-year bridegroom who knew nothing about being a husband let alone about love. I cried with sorrow for all the heartache and grief and pain I had known since childhood, and I cried with joy for all the obstacles I had overcome through God's grace.

That's what running will do for you.

In the end, it all comes down to grace. That's why I go into this weekend's race with hope. There is a quiet confidence that comes from knowing you have survived other battles. And even if I do get a DNF, my confidence is not ultimately in a bib number. Victory lies in being true to yourself and taking on every challenge the Lord brings into your life like the warrior you are.

Remember, a DNF always trumps a DNS -- Did Not Start. 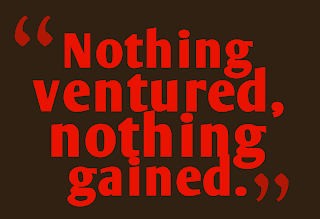