My First Trip to Wegmans

You know me. Always wanting to try something new. Well, today the new Wegmans in Wake Forest was my target. About a million people visited the Wake Forest store during the first hours of its operation. I mean, people were parking in Durham just to get a sub at the sandwich bar. What???

For those of you who don't know, Wegmans joins the likes of Harris Teeter and Kroger as THE place to do grocery shopping in North Raleigh. Walking inside, you're greeted by a fancy display of beer and wine (I wonder why), housed in the most decorative wooden cases. The deli, bakery, meats, and sushi departments are all clustered near the front door as if to entice you into impulse buying before you even get to the grocery aisles. Wegmans decor is, I think, a bit nicer than Harris Teeter's. Their chicken wings bar hasn't opened yet (it will next month), but the deli was doing a fairly brisk business. The bakery takes up a good portion of the building, and I even felt like I was back in Europe when I saw all the freshly baked goods on display. 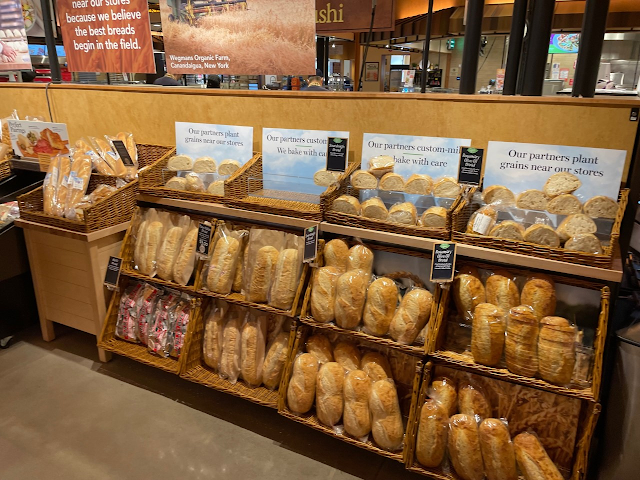 The same could be said about the cheese aisles. 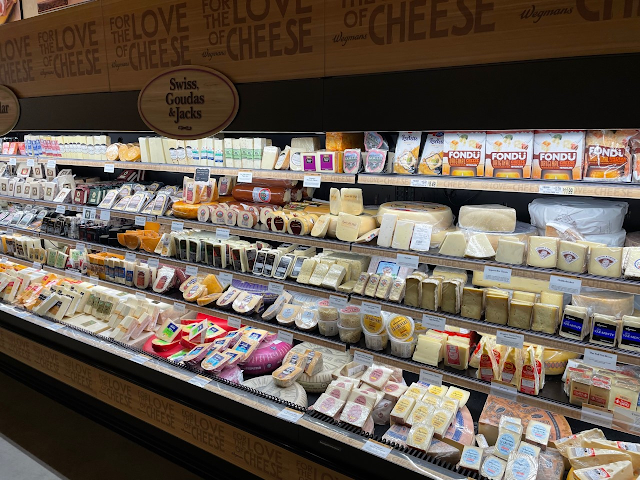 The idea is to mimic Europe's cheese caves. There's a large open area in which to dine, and I decided to try their burger bar. 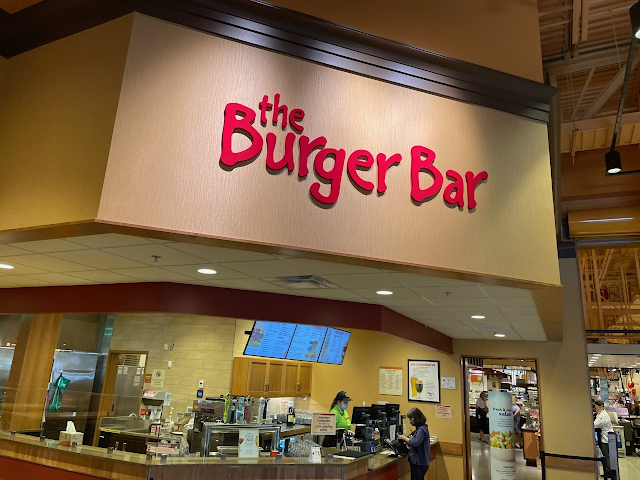 It was a mistake. I'll stick with getting some fresh bread and cheese the next time.

My first trip to Wegmans was a bit overwhelming. There was so much hype over it I didn't know what to expect. However, I found everything I went there to look for, and the groceries don't seem to be priced any higher than those of other nearby stores (except maybe for Food Lion). I'm glad they make their own bread and cheeses. They also have a florist on hand to make any arrangement you want.

I can see why Wegmans has acquired a bit of a cult-like following. It's also been lauded as a top employer in the area. I'm glad we've got a store in Wake Forest. Just more options for picky shoppers like me.

P.S. For those of you who read my blog for the running posts, I'm sure you're disappointed with this entry. Does it count that I thought about running while doing my grocery shopping at Wegmans today?