I've long been a fan of the "Don't sweat the small stuff" philosophy of life. I try to give my attention to the things that truly matter in life, like Mexican food and hot showers after a run. Okay, you know what I mean. I really do try not to sweat the small stuff. I try to use that energy instead to accomplish my big goals in life.

Granted, that's a lot easier said than done. Especially when you keep reading statements like these in books written by Christian authors who ought to know better: 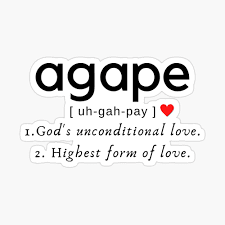 Don't sweat the small stuff, Dave! But honestly, all of us should know better than to commit such exegetical fallacies. Want to say that agape refers to "divine, selfless love"? Then read 2 Sam 3:14-15 in the Greek translation of the Hebrew Old Testament:

Here's how the NKJV renders these verses: 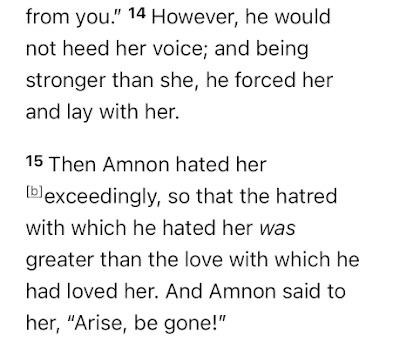 In verse 15, both the Greek noun agape and the Greek verb agapao are used. And you still want to tell me that the terms refer to divine, selfless love? In context, here's exactly what these words for "love" are describing:

Don't go there. There's a better way. For what it's worth, here's my own definition of agapao, based on the usage of the word in ancient Greek. It has three components to it:

In English, we could use the word treasure instead of "love." To "treasure" something is to jealously safeguard what you consider to be precious or valuable. The term can be used either positively or negatively, just like the Greek word agapao. For example, Jesus said that the Pharisees "love the chief seats in the synagogue." (That was not meant as a compliment.) Which Greek word for love was used here? If you guessed agapao, you guessed right. Or how about the apostle John's words, "Do not love the world or the things that are in the world." Yep, agapao is used here too. You see, we can treasure both fame and worldly pleasure, and the Bible calls that "loving" them. One last example:

For God so loved the world that he gave his only begotten Son so that whoever believes in him should not perish but have everlasting life.

Not surprisingly, the verb used here is also agapao. Why? Because (a) God highly values people, (b) he lavishes his affection and attention on them, and (c) he was willing to sacrifice his very own Son to accomplish their redemption.

I'm not saying that this definition of love will solve all of your problems of interpretation, as when, for instance, you are exegeting a disputed passage like John 21:15-17. But maybe it will cause you to think twice before engaging in word study fallacies.