The Incredible Hulk Isn't the Only One Wearing Dark Green

Swim assignments have been announced for this weekend's sprint triathlon in Luray. I am one of 330 athletes who will be participating in the sprint distance. Another 300 or so will be competing in the olympic triathlon (which is twice as far). That's a lot of people in the water at the same time. So they've divided us into waves. 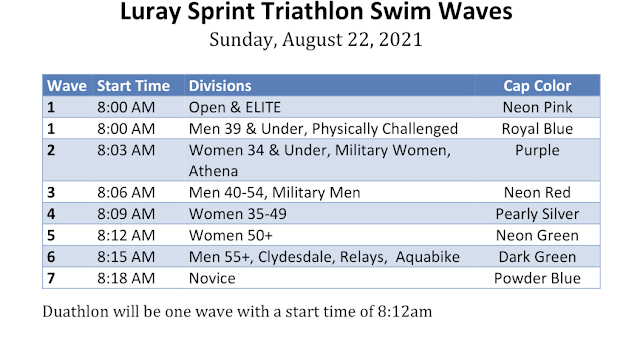 As you can see, I am in the "Dark Green" wave. Honestly, they could have stuck me in "Novice" if they wanted to.

Oh, and my bib number? Check this out: 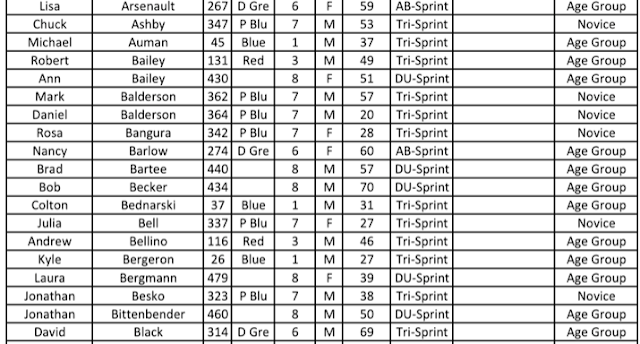 I hope to give Bob Becker a run for his money.

By the way, when I saw my bib number, my harebrained mind immediately thought, Hmm, I wonder what "3:14" I can find in the Bible? And guess what I found? You'll never believe it:

I press on to reach the end of the race and receive the heavenly prize for which God, through Jesus Christ, is calling me (Phil. 3:14).

Now ain't that a coincidence??!!

So watch for me. I'll be one of the Alzheimers old timers in a dark green swim cap trying not to drown in the wake of a billion other swimmers in front of him.