Do You Mix Languages?

You will notice that the verb apokrinomai ("I answer") takes its object in the dative case instead of the to-be-expected accusative case. The idea is "I give an answer [to you]."

In 1980, when I arrived in Basel to study under Prof. Bo Reicke, I made a beeline for the university library to meet him. Someone had told me he was in the stacks. I eventually found him and we exchanged pleasantries (all in German, of course). Suddenly he told me he was going out for a cup of coffee. I asked him, "Darf ich Ihnen begleiten?" He smiled at me and said, "Darf ich Sie begleiten?" and off we went for coffee.

Does that ever happen to you? Do you catch yourself, say, using a Spanish word when you thought you were speaking French? I am currently teaching myself Spanish through German, and I find I have a strong tendency to mix up "alt" in German with "alto" in Spanish. The former means "old," while the latter means "tall." Thankfully, I have never yet said "Ich quiero"!!! I am definitely not fluent in Ecclesiastical Latin, but I find myself feeling like an early church father whenever I pray in Latin.

Kudos to you true polyglots out there. I don't know how you do it! 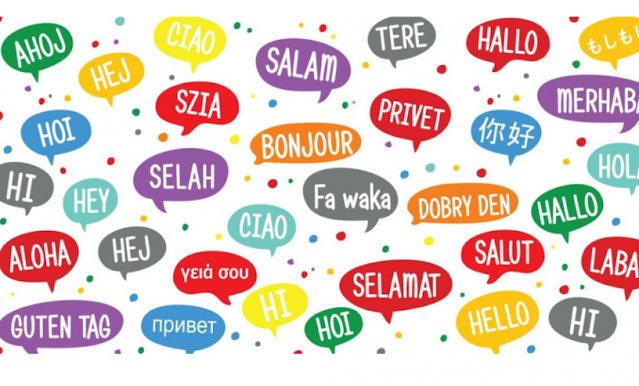