This evening I went for an easy 5K post-race recovery run. 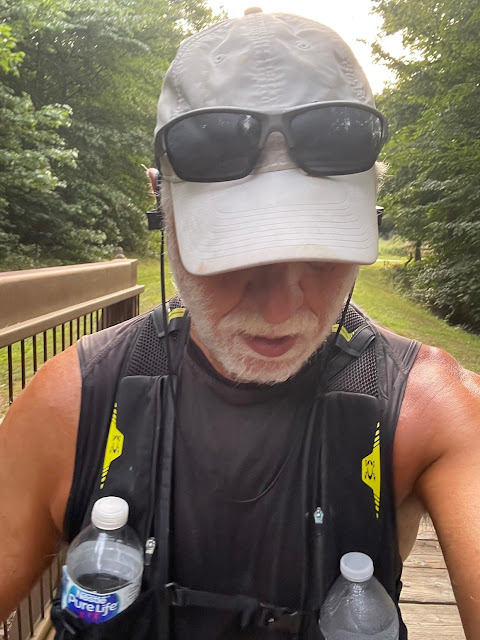 The venue was one of my favorites -- the Neuse River Greenway. 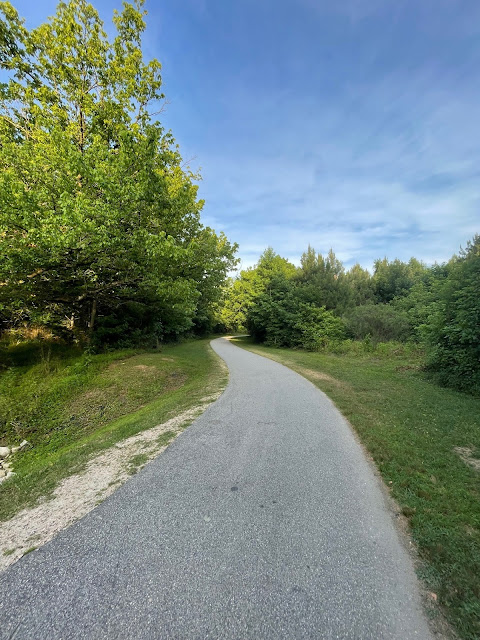 As I ran, I had two thoughts. The first was inspired by this family out for an evening stroll. 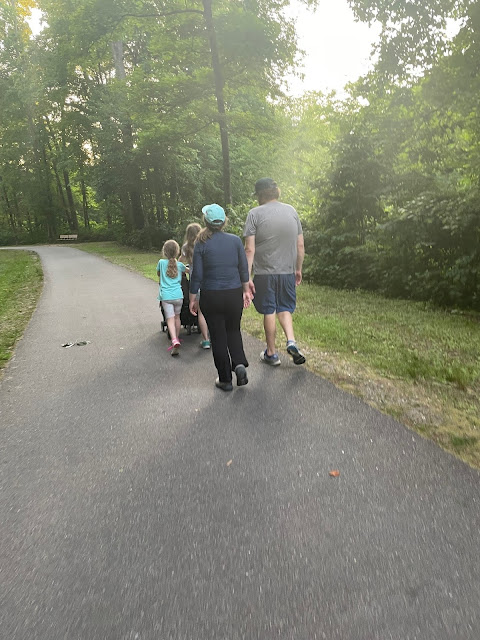 Neither they nor anyone else on the trail today were wearing facial coverings. The use of masks is all but history now in North Carolina. Life has returned to some degree of normality. You hear people saying things like, "It's time for government to give us back our freedoms." Actually, governments don't give people their freedom. It's not theirs to give. On the other hand, I think a lot of people have welcomed being told what to do. Once independent and self-reliant, we have become more eager than ever to exchange freedom for what we perceive to be safety and security. The government can't very well "give back" a freedom that people don't particularly want.

Here's the other thought I had during my run. This one was inspired by this writing on the trail: 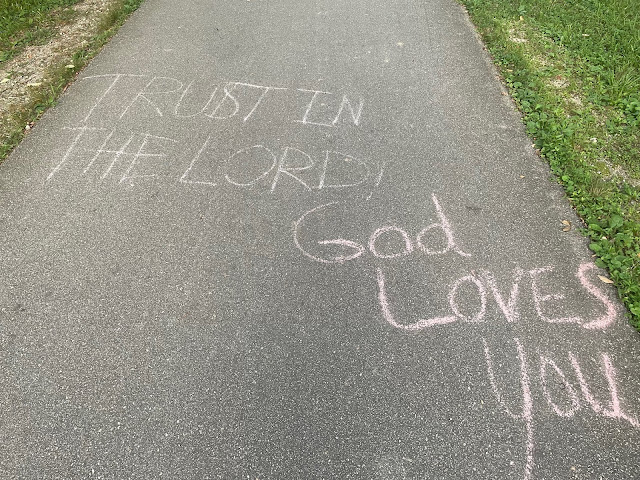 Now, I personally don't think I'd want to produce graffiti on public property. I mean, isn't the message lost in the medium just a bit? That said, I recall once hearing about a man who approached the famous evangelist Dwight L. Moody and said in an upbraiding tone, "Mr. Moody, I don't like your method of evangelism." Moody replied, "Well, what's your method?" The man huffed and said, "I don't have one." To which Moody replied, "Well, I like my method better than yours." When we lived in Southern California, I saw a truck that had all kinds of "evangelistic" quotes written all over it. I found it a bit of a turnoff. But who's to say that God couldn't use a truck like that to reach someone's heart? Similarly, do you think it's just possible that someone ran or walked past the words "Trust in the Lord; God loves you" who needed that very message today?

Jesus said, "Judge not lest you be judged." Well, I can look at a situation and discern. That's called judgment. On the other hand, judgment can also be condemnation. I'm not to condemn another but to deal with issues that divide us in love and seek peace as much as possible. Above all, we cannot judge a brother for his sin if we are guilty of the same thing. When we judge that way, we invite judgment upon ourselves.