The Future of Orthodox Anglicanism

Where should the Anglican Communion go in the future? That's the question behind this book that arrived today by mail. 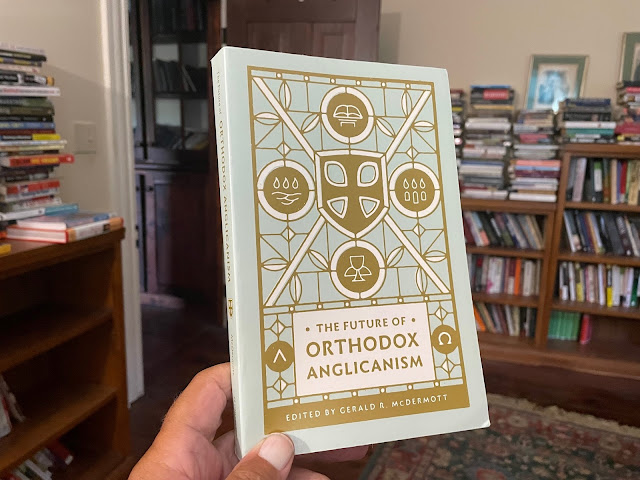 More specifically, the book asks, "Where should the church's orthodox members go in the future?" Conservative Anglicans represent 80 percent of the worldwide Anglican Communion. Orthodox Anglicanism continues to attract more and more evangelicals who hunger for something more than they are getting in their less liturgical church communities. These questions are all the more significant because Anglicanism is growing around the world, especially in Africa (Nigeria has more Anglicans than any other nation on earth). I think it will be especially vital to see how well orthodox Anglicans resist the call of the culture to overturn the biblical teaching concerning the marriage of one man and one woman.

I have watched in horror as the Episcopal Church in America exchanged the priority of bringing people to faith in Jesus Christ and to repent of their sins for the pottage of working for human development, care for the environment, and women's rights, all of which are good things but none of which can replace the need for the preaching of the gospel. I think it is fair to say that the greatest danger facing the church in America is not from persecution from the outside but from infidelity and corruption on the inside. And the real crisis has scarcely begun.

It will be interesting to see how orthodox Anglicans deal with this crisis going forward, and so this book should be very enlightening for me. Undoubtedly, the first step toward dealing with the situation is to face it squarely. I have the sense that orthodox Anglicans have already decided to do just that, and for that I am truly thankful to God.