The Power of New Testament Poetry

The year's at the spring.

And day's at the morn;

The lark's on the wing;

The snail's on the thorn.

All's right with the world. 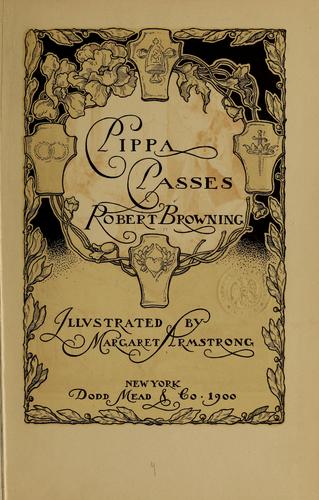 One of the secrets of good poetry is patterning. Patterning is evident here at every level. There is metrical patterning interacting rather subtly with lexical and syntactic patterning. Note that each line is a single clause of:

"X" consists of a prepositional phrase everywhere except in line 4, though the variation itself is cohesive. This morning during my Bible time I noticed the same patterning in the famous Christ-hymn of 1 Tim. 3:16: 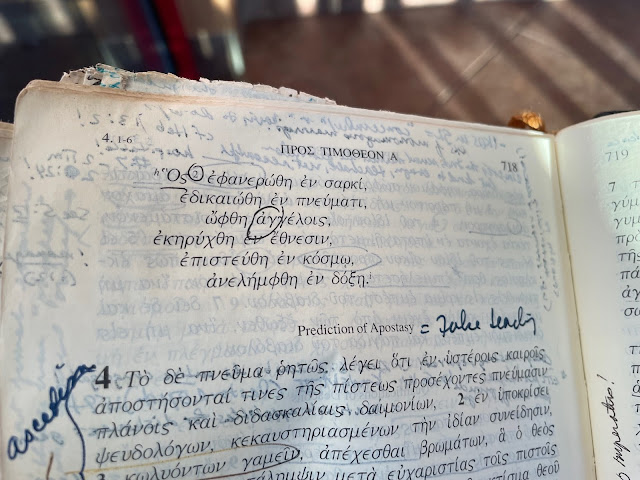 Here each line ends in a prepositional phrase (using the Greek preposition en) except for line 3. This well illustrates how a writer will vary his patterns in order to avoid monotony. But in fact, the third line has the exact same phonetic impact of the other lines in that "an-gelois" sounds very similar to "en-gelois."

The phenomenon of patterning in literature (and the Bible most certainly is literature) has everything to do with the fact that literature is art and that literary texts are designed to produce in us the kind of experience we speak of as "esthetic." In reality, this kind of poetry occurs very frequently in the Greek New Testament and is one reason why I insist that even my beginning Greek students become familiar with some of the basic literary devices used in the Bible. I think our ancestors share some of their words literally in our ears when they write.

Try this method. Read over the text aloud. Then read it again, annotating the literary devices you notice. Finally, read it one more time to put all the puzzle pieces together and form an interpretation that is text-based and author-centered but is also sensitive to the rhetorical level of language. The hymn in 1 Tim. 3:16 contains some of the highest and greatest Christology you will find in the entire New Testament. The poem also has brilliant rhythm and artistry.

Learning how to read poetry can give us pleasure in ways that prose often can't.