When a Small Decision Turns Out to Be a Major One

Have you ever made a "small" decision that turned out to be one of the most important decisions you ever made with the most significant consequences? Here's a photo taken when I was about to become a student at Biola. 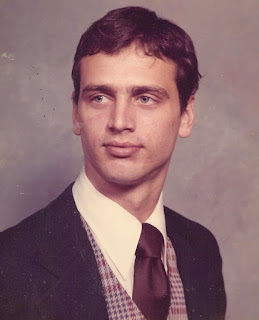 As you know, it was in my senior year that I dropped out of my beginning Greek class after just 3 weeks. I had left Hawaii 4 years previously because I had wanted to major in Bible. But because I couldn't handle Greek, it looked like that dream was coming to an end. As I began contemplating changing my major to Christian Education (where Greek was not required), I stumbled upon Moody Bible Institute's correspondence Greek course. Apparently something clicked, because 4 months later I had passed both Greek 1 and 2 and was able to take Greek 3 and 4 that summer. A year later I was hired to teach Greek at Biola.

When I dropped my Greek class, I could have easily dismissed my desire to graduate as a Bible major. I am so grateful I didn't. Sometimes we tell ourselves that the little decisions in life don't matter when actually they turn out to be extremely important ones. If I hadn't explored other options, I probably never would have had the opportunity to become a Greek teacher. The more I look back on that decision, the more I see the hand of God in it. Above all, I learned that God is a good Father who is intensely interested in the desires of our heart and the dreams that reside deep inside of us.

Are you facing an important decision in your life? Be sure to take it to the Lord in prayer, and don't overlook the fact that his answer might well come in the form of a decision that you think is a minor one at the present time.