Can a Byzantine Reading Ever Be Wrong?

It sure can. An example we'll be discussing in next week's Greek 2 class (the focus will be on textual criticism) is 1 John 3:1. 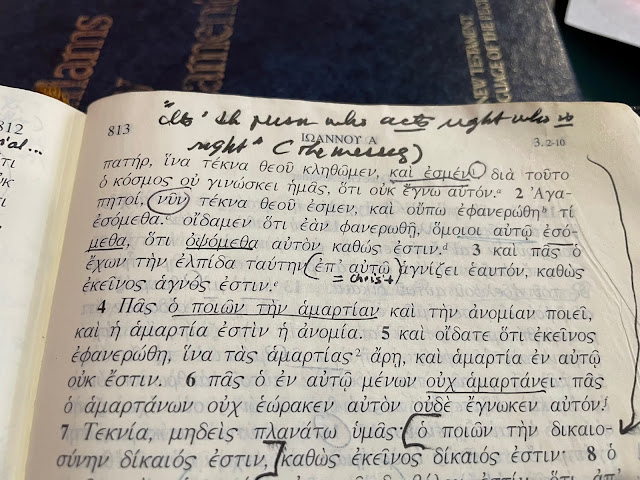 Here the CSB (reflecting the Critical Text) reads (note the words in bold):

See what great love the Father has given us that we should be called God's children -- and we are! The reason the world does not know us is because it didn't know him.

Compare that with the NKJV (reflecting the Byzantine Text):

Behold what manner of love the Father has bestowed on us, that we should be called children of God! Therefore the world does not know us, because it did not know Him.

The question is: are the words "and we are" original? The answer seems to be yes. Both readings -- both the inclusion and omission of "and we are" -- are equally early, but the former is more geographically widespread, being found in both the Western and Alexandrian texts.

What about the internal evidence? Does it corroborate the external evidence? Indeed it does. Here we have a classic case of what scholars call parablepsis, an oversight of the eye. More specifically, the mistake here involves homoioteleuton -- words with similar endings. See how the scribe apparently skipped from one -men to the other?

Now, I have defended in print (Novum Testamentum, New Testament Studies, etc.) a good many Byzantine readings but never when they stand alone. In other words, I do not hold to a Byzantine Priority position even though I hold that text form in very high regard.

Again, the elephant in the room: What say ye about the Byzantine text?