On the Differences Between Languages

Despite the fact that all languages have certain features in common, each language must deservedly be considered unique, both in its inventory of sounds and in the manner in which these are used to form meaningful sentences. This means that every language will have its own peculiarities. To learn a foreign language, you have to be able to accept and understand these differences. In German, there are those irksome cases: the shop is der Laden, but you go into den Laden, and once inside you are in dem Laden -- which is all very confusing to a native speaker of English. Then we have the little matter of word order. There is a popular (but mistaken) notion that German is spoken and written backwards! (I recall one of my seminary professors once quipping that the reason so many German books have two volumes is because they needed the second volume for all the verbs.) On the other hand, the difficulty of Greek to most beginners is not the script (which is fascinating if thoroughly mastered at the beginning) or the syntax (which does, however, have cases), but the large variety of verbs forms and the number of so-called irregular verbs.

When studying a foreign language, do not be concerned if some aspect of grammar is not immediately clear to you. What may appear difficult at first will become easier as the language becomes more familiar.

Below: My Basel German grammar. 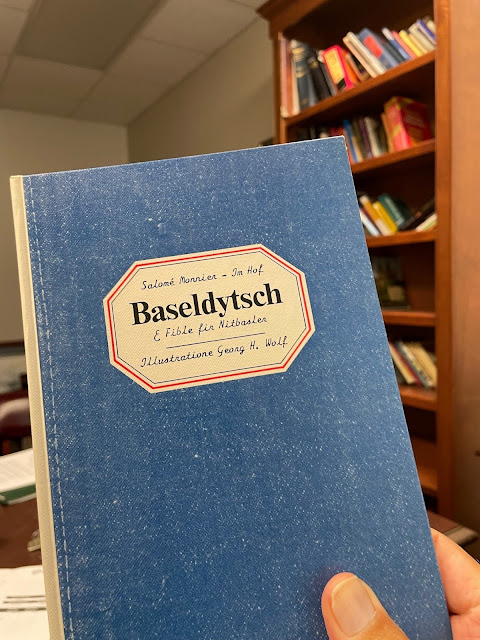