If Something in Language Can Be Shortened...

It usually will be. Take this German sentence:

Basically, if it can be shortened, it will be. A native Spanish speaker in my Greek class used this as an example:

The "s" in "estamos" is simply dropped. Similarly, in Greek a "sibilant" (the "s" sound) is often dropped to make pronunciation easier. Likewise in English. Ease of pronunciation seems to be the key. This is how words like "gotta" are formed. Thus "I have got to go to the store" becomes "I gotta go to the store." In Hawaiian Creole we say "My sista skini" instead of "My sister is skinny." We don't use "are" or "is" in sentences. "I neva do 'em" is used in place of "I never did it" for obvious reasons -- fewer hard consonants! This simply shows that Hawaiian Creole has its own grammar and lexicon.

Not sure why I'm tellin ya this. I hafta to say I find languages most interesting! 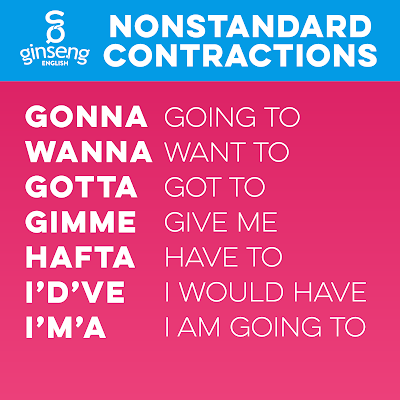