Learning a Foreign Language Is a Great Hobby

A "linguist" is a person who studies human language. Sometimes the word "linguist" is also used to refer to a "polyglot," that is, someone who can speak or write several languages. A linguist, however, is not primarily interested in actually using language for communication. Linguists may, in fact, speak only their native languages. A linguist in the sense of a linguistics expert can be likened to a musicologist. A musicologist could analyze a piano concerto by pointing out its themes, movements, meter, and tempo. But the musicolost need not be able to play the concerto. That task is left to the concert pianist. Likewise, it's more important for linguists to analyze and explain linguistic phenomena such as German verbs and French nouns than to make themselves understood in Berlin or Paris. 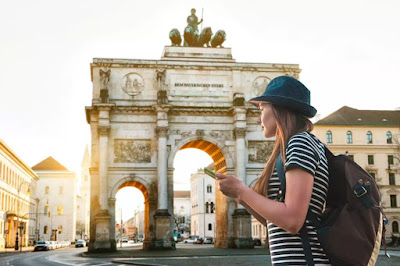 That said, I have found that being able to speak a modern foreign language has been an unbelievably useful skill when it comes to understanding how the biblical languages work. If you are a student of the biblical languages, please do consider acquiring facility in at least one modern language. The best place to start is probably with Spanish as this language is so widely spoken in all sectors of America today. Yes, I know how hard it is to learn to speak a foreign language, but I also know how wonderful it is to be a bilingual person. A new language teaches you culture and may even change how you see and feel the world around you. Above all, learning a second language extends your first one.

Learning a foreign language is a great hobby. Care to give it a try?